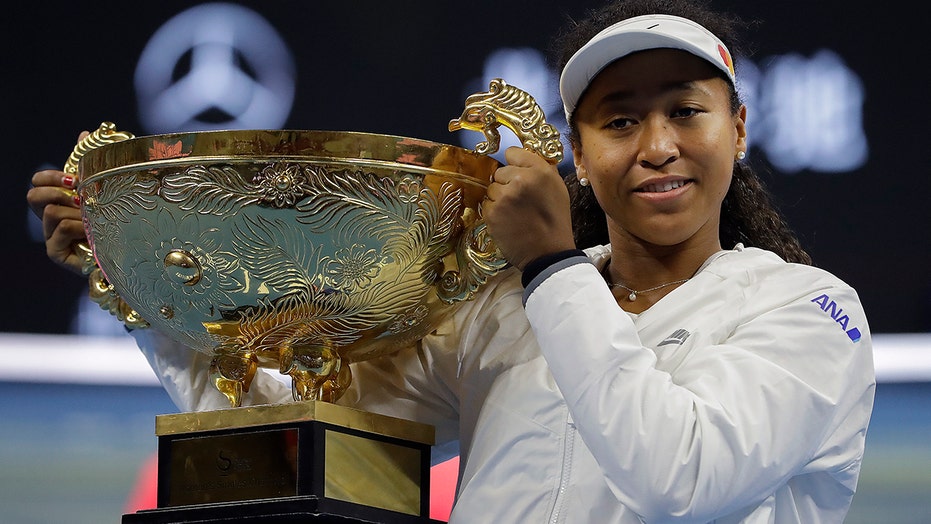 Tennis phenom Naomi Osaka is saying goodbye to the United States and hello to Japan.

The 21-year-old, who was born in Japan to a Haitian father and Japanese mother but raised in the United States, has started the process to relinquish her U.S. citizenship so she can play for Japan in the 2020 Olympics in Tokyo, Japanese media reported on Thursday.

She is taking the extraordinary step because neither Japan nor the U.S. will allow dual citizenship for adults. Osaka turns 22 on Wednesday.

Naomi Osaka, of Japan, kisses the trophy after defeating Serena Williams, of the U.S., in the women's final of the U.S. Open tennis tournament in New York on Sept. 8, 2018. (AP Photo/Julio Cortez, File)

Japan, which prides itself on being homogeneous, has attempted in recent years to become more ethnically diverse. Still, it will be difficult for Osaka to totally be accepted, Reuters reported. Prejudice remains against "haafu" or half-Japanese mixed-race children.

Two weeks ago, a Japanese comedy duo teased Osaka, saying she was "too sunburned" and "needed some bleach."  The duo has since apologized.

Osaka, the reigning champion in women's singles at the Australian Open, laughed off the comments.

The 5-foot, 11-inch athlete has been ranked No. 1 by the Women's Tennis Association and is the first Asian player to hold the top ranking. She is currently ranked No. 3 in the world.