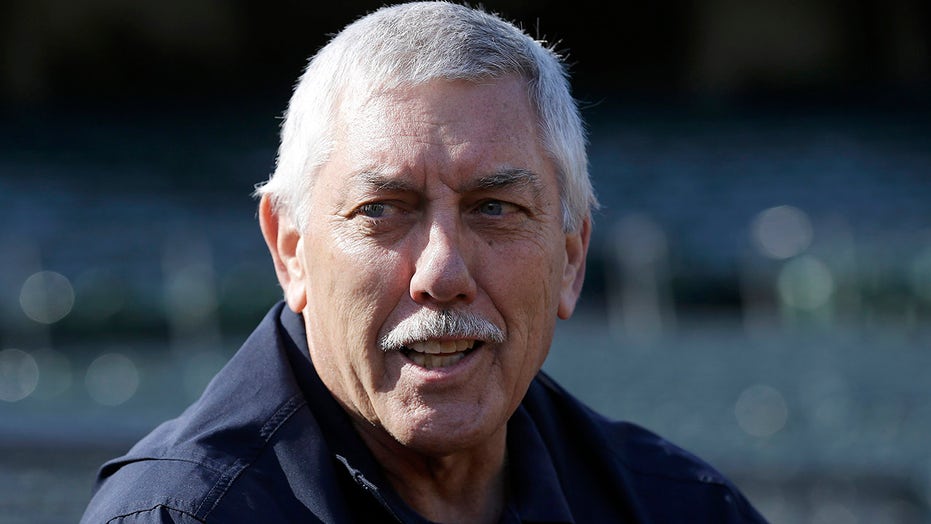 Ray Fosse, a two-time All-Star and World Series champion who was famously run over by Pete Rose during the 1970 All-Star Game, died Wednesday after a bout with cancer. He was 74.

Carol Fosse announced her husband’s death in a statement. The two were married 51 years. Ray Fosse had been battling cancer for 16 years.

In this July 14, 1970, file photo, the National League's Pete Rose slams into American League catcher Ray Fosse to score the winning run during the 12th inning of the baseball All-Star Game in Cincinnati. Looking on are third base coach Leo Durocher and on-deck batter Dick Dietz (2). (AP Photo, File)

In this May 26, 2015, file photo, Oakland Athletics broadcaster and former catcher Ray Fosse is interviewed before a baseball game between the Athletics and the Detroit Tigers in Oakland, California. Fosse, the strong-armed catcher whose career was upended when he was bowled over by Pete Rose at the 1970 All-Star Game, has died.   (AP Photo/Jeff Chiu, File)

The catcher was traded to the Oakland Athletics in 1973 and played with the franchise for three seasons before he rejoined the Indians in 1976. He would finish his career playing for the Seattle Mariners and Milwaukee Brewers. He was on the A’s World Series teams in 1973 and 1974.

PLAYOFF SERIES FOR THE AGES AS DODGERS, GIANTS GO TO GAME 5

"The Oakland A's are heartbroken to learn of the passing of Ray Fosse," the A’s said in a statement. "Few people epitomize what it means to be an Athletic more than Ray. He was the type of franchise icon who always made sure every player, coach, colleague, and fan knew that they were part of the Oakland A's family. We send our deepest condolences to Carol, Nikki and Lindsey, his family and friends during this difficult time. We'll miss you, Ray."

Broadcaster Ray Fosse of the Oakland Athletics works from the press box during the game against the Chicago White Sox at Hohokam Stadium on March 8, 2015, in Mesa, Arizona. (Photo by Michael Zagaris/Oakland Athletics/Getty Images)

The catcher played 12 seasons in the majors. He hit .256 with 61 home runs. In his post-retirement career, he was a broadcaster for NBC Sports California.