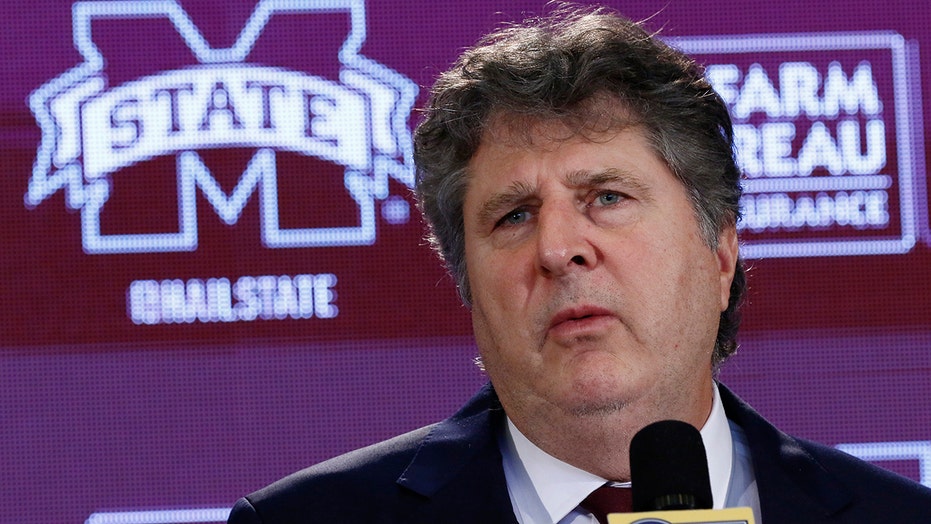 Mississippi State head football coach Mike Leach had a difficult time remembering to wear his mask while on the sidelines in the team’s upset-victory over defending national champion LSU.

During the game on Saturday, Leach was seen without a face covering several times, as the Southeastern Conference is requiring all coaches to wear face coverings this season to help prevent the spread of COVID-19.

“I tried to remember the best I could, then I found myself talking all the time,” Leach said in his weekly press conference. “I was in a constant state of talking. So between me taking it down to talk, me lifting it up and it falling down on its own and me remembering to put it back up, there were a number of challenges there.”

Leach had a back-and-forth exchange with a New York Times reporter regarding the face-covering situation.

"How'd you do with your facemask? Are you a pretty good facemask guy?" Leach asked the reporter.

The New York Times reporter responded by asking Leach if his lack of mask-wearing was him making a statement or something that just happened by accident.

“I try to do my best with it,” Leach said. “But once you're six feet apart, I can't help but wonder if some of this isn't an homage to politicians.”