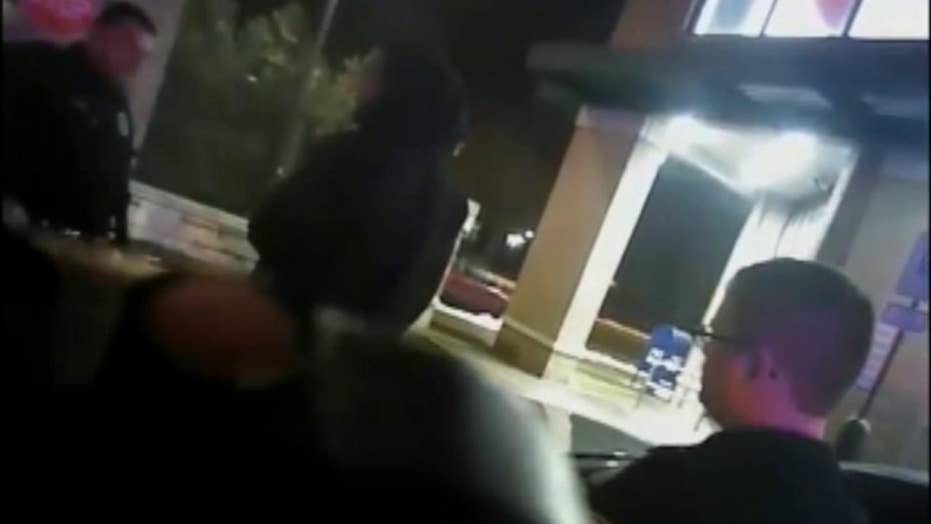 Milwaukee Police Chief Alfonso Morales apologized Wednesday for how his department handled the January arrest of Bucks guard Sterling Brown — including the officers’ use of a stun gun.

Morales says officers “acted inappropriately,” and that those officers recently had been disciplined.

He says he’s “sorry this incident escalated to this level.”

“When I took office, I vowed to rebuild trust between the Milwaukee Police Department and the community,” he told reporters. “We are doing that.”

Morales’ statement came as the department released body-camera footage of the arrest.

Brown was arrested around 2 a.m. Jan. 26 in a Walgreens parking lot by officers who used a stun gun. Officers had been checking on a vehicle parked across two handicap spaces.

As Brown walked out of the store, according to the body-camera footage, an officer standing by Brown’s car asked him for his driver’s license. When Brown approached his car’s passenger door, the officer touched Brown -- and he told the officer not to touch him.

“Back up! Back up!” the officer yelled.

“For what? I ain’t did nothing,” Brown responded.

They waited for additional squad cars to show up.

Brown said he has no problem with the officer’s questions. The officer responded that he touched Brown “because you got up in my face.”

Brown responded in disbelief, “I got up on your face? Really?”

The NBA player, surrounded by four officers near his car, was asked to take his hands out of his pockets.

Almost immediately a scuffle ensued, with the officers swarming over Brown, and one yelling: “Taser, taser, taser!”

Brown was heard groaning in pain on the ground, although he was barely visible from the camera’s viewpoint.

“They tased me for no reason,” an agitated Brown said in the footage.

“I asked you to step back and you didn’t do it,” the officer who had the initial interaction with Brown responded.

Later, that same officer said he thought Brown “was being an ass” and “trying to hide something.”

Brown ultimately was not charged with any crime. He apparently had a bruise on his face when he played in a game later that day, CBS Sports reported.

“The common denominator in all of these situations has been racism towards the minority community, the abuse of power, and the lack of accountability for officers involved. The lack of repercussions for the police officers involved in so many of these cases is offensive. This is a slap in the face to the victims’ families and communities,” Brown said in a statement posted to Twitter Wednesday afternoon. “Black men shouldn’t have to have their guard up and instantly be on the defensive when seeing a police officer, but it’s our reality and a real problem. There must be mutual respect and both sides have to figure out how to accomplish this.”

The Bucks also issued a statement saying that Brown has the team’s “full support as he shares his story and takes action to provide accountability.”

City officials who had viewed the videos had expressed concern about how officers conducted themselves. Even leaders of the police department hinted the video may make them look bad.

Police previously had shown the body-camera footage to some local officials, including a closed session of a Common Council committee.

The Bucks signed the 6-foot-6 guard from SMU last summer in a deal with the Philadelphia 76ers.

His arrest and the video of it represent another potential setback for a department that for years has tried to rebuild its image and relationship with Milwaukee’s African-American residents after several high-profile cases of police misconduct.

Last year, Milwaukee paid $2.3 million to settle a lawsuit over the death of Dontre Hamilton, a mentally ill black man fatally shot by a police officer after the officer roused him from a park bench downtown. The officer said he shot Hamilton 14 times in self-defense because they got into a struggle when the officer frisked him for weapons.

In 2016, the city paid $5 million to settle a lawsuit by 74 black residents who said police illegally strip-searched them between 2008 and 2012. Currently, the city is considering settling a lawsuit by the American Civil Liberties Union in Wisconsin, which is representing eight residents who say police targeted them for stops because they were African-American or Latino and because of the high-crime areas where they lived.

In early May, police and prosecutors began investigating four officers who were involved in the violent arrest of a black man in a majority African-American neighborhood. Video from a bystander showed a group of officers kicking and punching the man on the ground while he was restrained. Police presented their body-camera footage of the encounter, which showed the man aggressively charging at officers and trying to punch them.