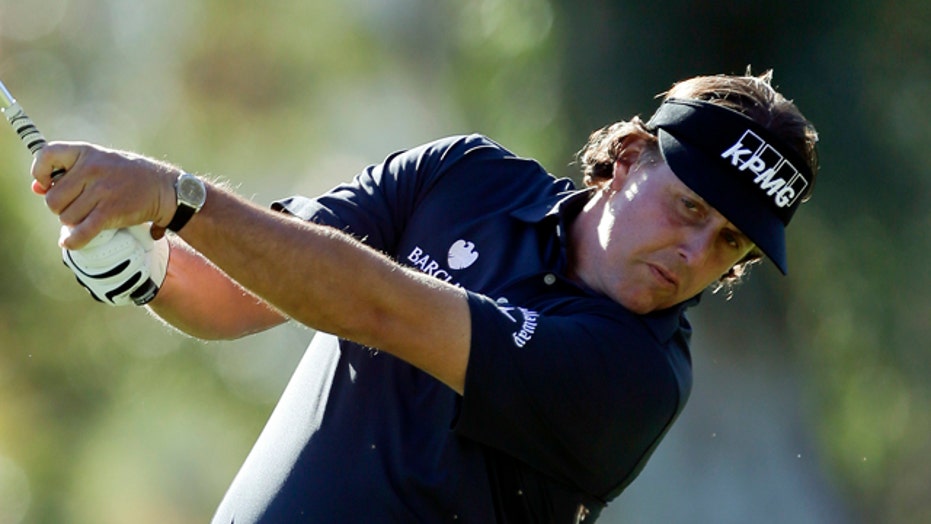 Golf star Phil Mickelson says he regrets publicly commenting that he may have to leave California over high taxes, saying he should not have spoken out on such a personal topic.

In a statement to Fox News late Monday, Mickelson apologized to anyone he may have "upset or insulted" with the comments that his high tax bracket was causing him to consider “drastic changes” in his life, including  possibly moving his family out of state and even retiring from the game of golf.

"Finances and taxes are a personal matter and I should not have made my opinions on them public," Mickelson said.

Mickelson also said he is currently working on learning about the new tax laws that have raised his rate, and is relying on the advice of experts to make decisions for the future.

"I certainly don’t have a definitive plan at this time, but like everyone else I want to make decisions that are best for my future and my family," he said.

Mickelson had indicated the he may make comments about his plans for the future during his pre-tournament press conference scheduled for Wednesday, which drew speculation he may discuss leaving California over taxes.

If Mickelson bolts California, the San Diego native could be the Golden State's answer to actor Gerard Depardieu, who renounced his French citizenship and moved to Russia after the French government tried to jack up taxes on the rich.

“There are going to be some drastic changes for me because I happen to be in that zone that has been targeted both federally and by the state and, you know, it doesn't work for me right now,” he said. “So I'm going to have to make some changes."

California voters in November approved Proposition 30, which, in addition to raising the state sales tax, carries a menu of new tax brackets that hit millionaires like Mickelson hard. For income exceeding $1 million, the state rate jumped to 13.3 percent from 10.3 percent. For Mickelson, who earned roughly $60 million in 2012, that would be a tax increase of more than $1.8 million.

"If you add up all the federal and you look at the disability and the unemployment and the Social Security and the state, my tax rate's 62, 63 percent," Mickelson said. "So I've got to make some decisions on what I'm going to do."

Mickelson, who flirted with becoming part owner of the San Diego Padres last year, said there was “absolutely” a correlation between the tax increases and the eventual failure to grab a piece of the Padres franchise, which ultimately sold for $800 million in August.

Mickelson, whose net worth is conservatively reported at more than $150 million, finished with a 66 on Sunday to tie for 37th at 17 under in his season debut. The Hall of Famer — nicknamed “Lefty” for his big left-handed swing — has 40 PGA Tour victories, including four majors, and his career earnings exceed $67 million, according to PGA statistics.

Mickelson, according to Sports Illustrated, was the second-highest earning athlete of 2012, second only to boxing’s Floyd Mayweather, Jr. Mickelson, who was also second on the list in 2011, earned $3.7 million in winnings and $57 million in endorsements last year — for a staggering total of $60,763,488.

Details of Mickelson’s several endorsement deals — including partnerships with Callaway, Barclays and Rolex to name a few — are unknown, and his real estate holdings and other business ventures are not included in the Sports Illustrated tally.

Mayweather, by comparison, earned $85 million last year during just two fights and without any endorsement deals.

Fox News contributor Jim Gray and The Associated Press contributed to this report.