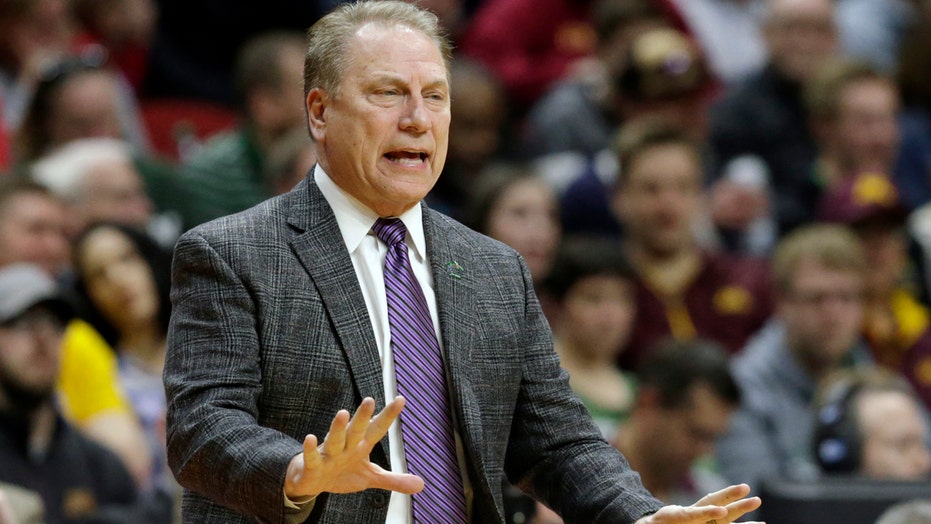 Michigan State men’s basketball coach Tom Izzo is fed up with critics attacking his players, telling reporters Tuesday night that he gets “paid a lot of money, so take your shots at me” instead.

Izzo said he’s “proud” of Michigan State and its alumni, but is upset by the reaction of some fans this season.

“It’s despicable, some of the things that have gone out there about some of our guys that have given more to this program than most of those alums or most of those people sitting behind a chicken keyboard,” he said.

DES MOINES, IOWA - MARCH 21: Head coach Tom Izzo of the Michigan State Spartans glares at Aaron Henry #11 after a play during their game in the First Round of the NCAA Basketball Tournament against the Bradley Braves at Wells Fargo Arena on March 21, 2019 in Des Moines, Iowa. (Photo by Jamie Squire/Getty Images)

“I get paid a lot of money, so take your shots at me. But don't take 'em on a kid who's been a 3.7 student who's done more for this university than most of those people have.”