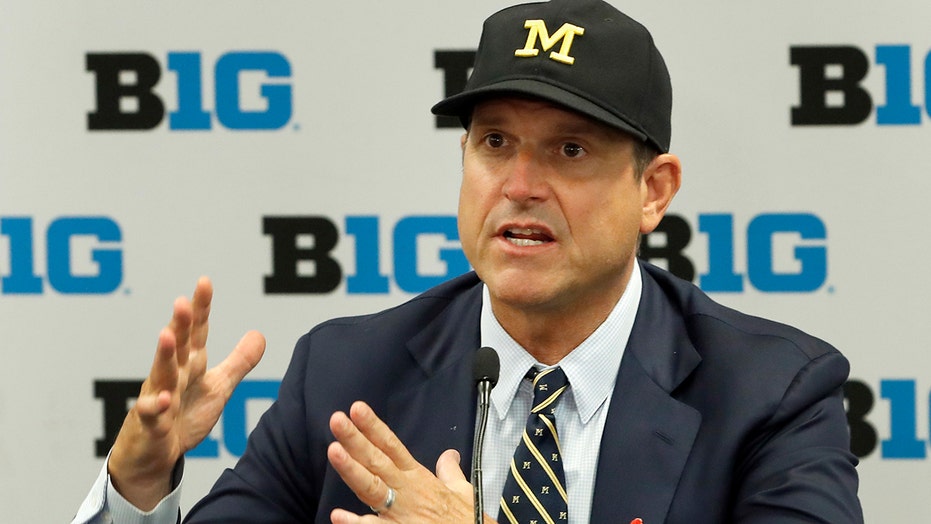 Harbaugh, who is about to begin his fifth season at Michigan, spoke about the difficulties of recruiting in a book written by author John U. Bacon titled “Overtime: Jim Harbaugh and the Michigan Wolverines at the Crossroads of College Football.”

According to Forbes, which reviewed a copy of the book, Harbaugh takes multiple shots at SEC schools and proclaims: “It’s hard to beat the cheaters.”

Michigan’s Director of Recruiting Matt Dudek explains in Bacon’s book that the school is competing in recruiting both on the field and in the classroom, according to Forbes.

“Name another school that competes with the bluebloods athletically – we’re talking Ohio State, Alabama, Clemson – while competing with the bluebloods academically: Stanford, Northwestern, Princeton. Most of the players we recruit are good enough to play for Alabama or Clemson and smart enough to play for Ivy League schools. If you don’t win in the classroom on Monday, you won’t be here for many Saturdays.”

While Michigan may not have won a national championship since 1997, the football program is usually ranked among the highest in the nation in recruiting.

The team has also started off in the top 15 in the Associated Press preseason Top 25 poll the last four seasons, including in 2019, where they are ranked No. 7.

However, the preseason rankings haven’t led to great success at the end of the season. The Wolverines have not finished in the top 10 in the end-of-season polls since 2006, when Lloyd Carr was at the helm.