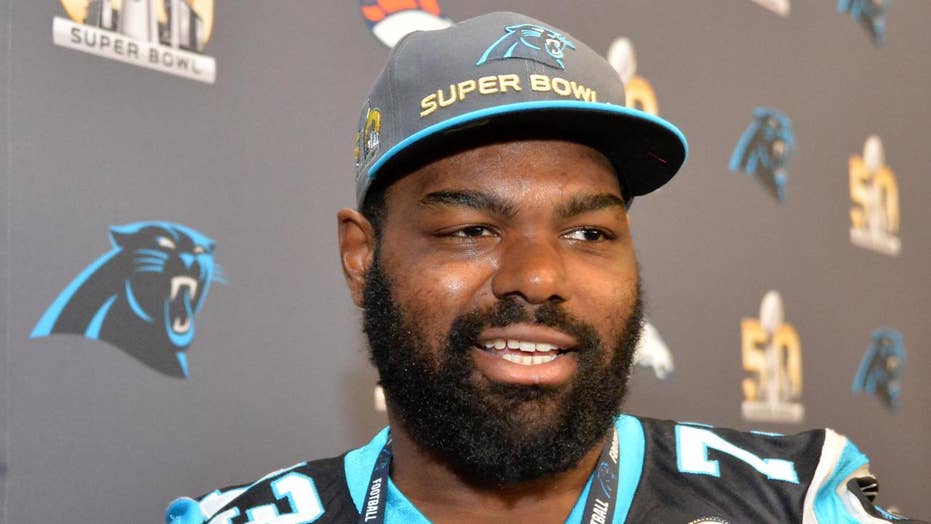 Carolina Panthers offensive lineman Michael Oher, whose life story was immortalized in the movie "The Blind Side," has been cited for allegedly assaulting an Uber driver in Nashville, Tenn., police said Thursday.

According to the Metropolitan Nashville Police Department, the Uber driver claimed he and Oher got in an argument April 14 while the driver was giving Oher and four of his friends a ride to downtown Nashville.

The driver claims he put his hand on Oher's face before Oher knocked him to the ground. The driver also alleged that Oher kicked him in the leg before the NFL player was restrained by his friends.

The 30-year-old has been ordered to appear for booking May 8 on the misdemeanor assault citation.

In a statement, the Panthers said they were aware of the incident and had no further comment. Oher signed a three-year contract extension with the franchise last June.

A Memphis native, Oher was the subject of author Michael Lewis' 2006 book, "The Blind Side," which examined his early life and the importance of the NFL's left tackle position. The book was adapted into the 2009 film, which netted Sandra Bullock an Oscar for Best Actress.