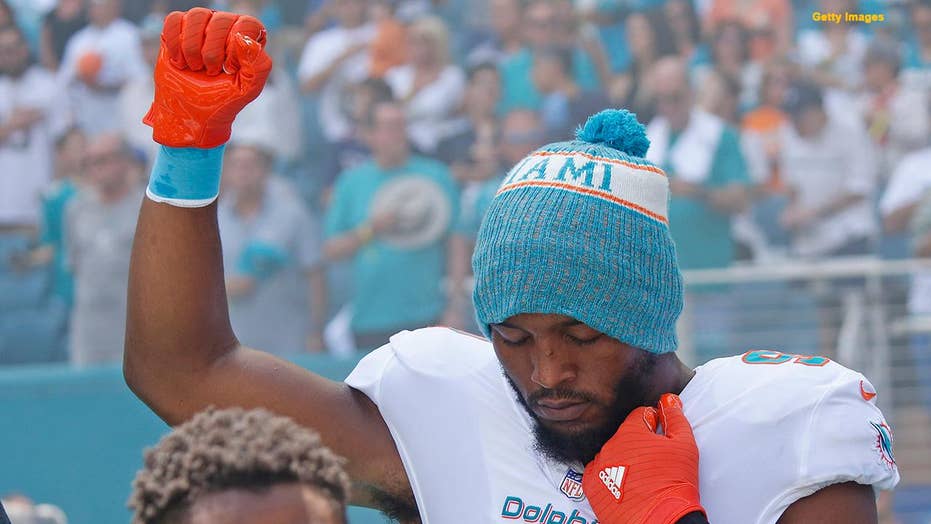 Colin Kaepernick has received a ton of publicity for his protests during the national anthem, but he can't seem to find a job in the NFL. Miami Dolphins defensive end Robert Quinn has the opposite problem.

Quinn lashed out at reporters Thursday over the lack of coverage he’s received over his fist-raised protest during the national anthem, something he's done since joining the Dolphins in the offseason, according to the Miami Herald.

“Y’all ignore it. Because when I gave my first message on trying to bring unity, y’all swept it under the rug. It’s not me. When you don’t give a problematic story, y’all just ran away,” Quinn said.

“You’ve got this lady named Cyntoia Brown, or whatever her name is, and you sent her to life in prison because she was being sex trafficked,” he said, referencing a woman who was sentenced to life in prison for a murder she committed when she was 16. “But yet you guys dipped.”

The Miami Herald and Sports Illustrated both profiled Quinn's activism and why he protests in the name of perceived racial injustice. He was asked about it by the Herald after the Dolphins acquired him.

“The way America was built, and the way people talk. The president said to build a wall to keep Mexicans out. This country was built off of — they killed Indians, built off the backs of the blacks,” he told the newspaper in April. “So yet, they tell us to keep quiet. So at the end of the day, let’s confront the situation and let’s bring humanity and friendship and let’s get rid of all the ignorance. Let’s face it head-on, let’s look at each other as humans. I always live by this one law: Treat each other like you want to be treated. You don’t ever want to smack someone in the face and don’t expect to get smacked back. It’s just that simple fact. Don’t treat someone bad and expect not to be treated the same way. That’s just how it is.”

COLIN KAEPERNICK: QUARTERBACK STILL LOOMS LARGE THROUGH 2018 DESPITE SITTING ON THE SIDELINES

He vowed to Sports Illustrated he wouldn't stop protesting during the anthem "until they get rid of me."

Quinn's teammates Kenny Stills and Albert Wilson have also protested during the national anthem this season.