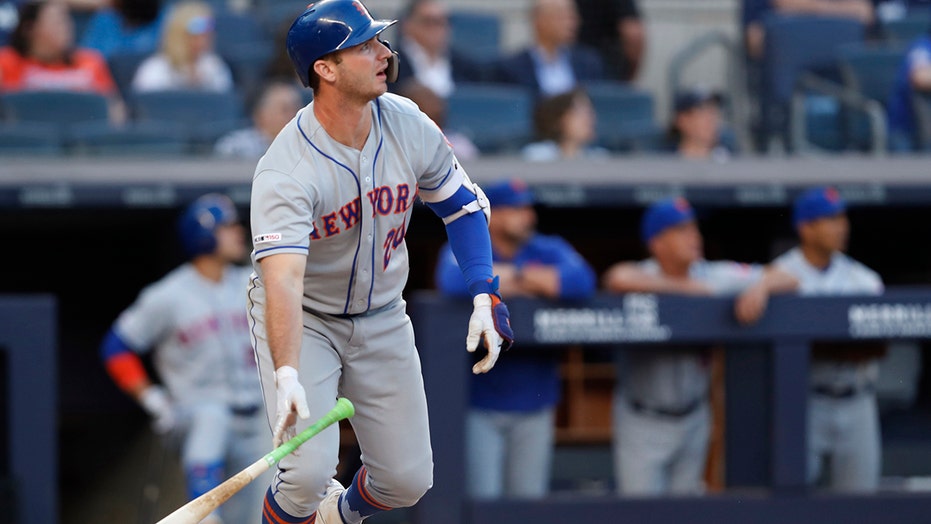 Nevada is one of the major hotspots in the U.S. for UFO sightings and New York Mets rookie Pete Alonso appeared to confirm Tuesday night he has seen some weird things in the state.

Before he was called up to the big leagues, Alonso spent part of the 2018 season with the Triple-A Las Vegas 51’s (who are now known as the Las Vegas Aviators) -- the name of the team is a nod to the infamous Area 51, where alien spaceships were rumored to be stored. Alonso was asked by ESPN’s Kenny Mayne after a game against the New York Yankees whether he’s seen anything “weird” in Vegas.

The 24-year-old first baseman appeared to try to find the right words before giving his answer.

“Just … I mean … it’s kinda like … You just kinda get used to it,” Alonso said. “I mean you see weird stuff all the time driving in. I lived outside the city in the suburbs. But driving in to Fremont Street – that’s kinda where the old ballpark was – driving down there you see something weird every day.

“Eventually, you just kind of put the blockers on and kind of get used to it after a while.”

Alonso, who has hit 22 home runs this season for the Mets, didn’t go into detail about what the “weird stuff” he has seen but it sure sounded like something rattled him during his time in Las Vegas.

The Mets defeated the Yankees in the second game of the doubleheader, 10-4. The Yankees got the best of the Mets in the first game 12-5.