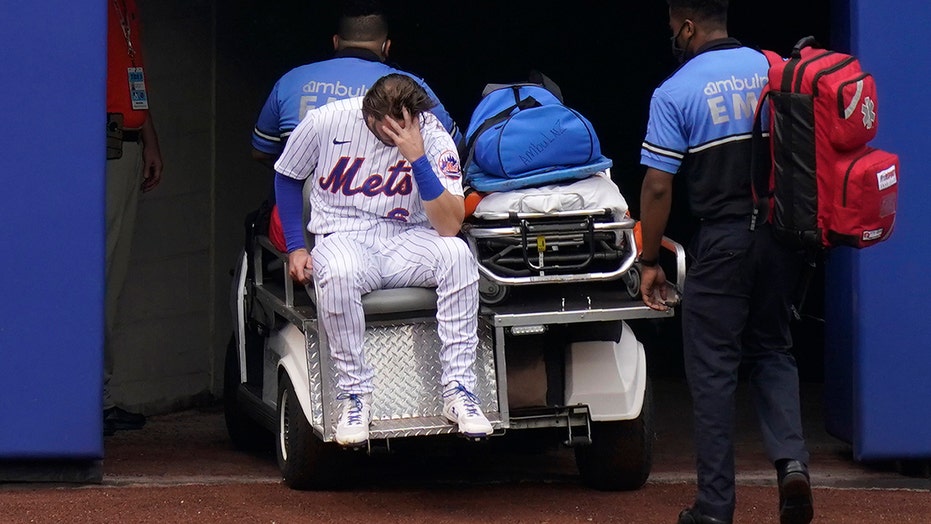 New York Mets outfielder Jeff McNeil was carted off the field Thursday afternoon after making a sensational catch in the first inning of a game against the Washington Nationals.

With the Nationals already up 1-0 and two runners on base, Asdrubal Cabrera hit a fly ball to left field which was heading straight for the Citi Field fence. However, McNeil raced to track it down and made the catch, only to crash into the wall, crumbling to the ground.

The Mets training staff rushed to help him up but it was clear McNeil was injured.

New York put Billy Hamilton in the game to pinch-hit for him in the bottom of the first inning. The extent of McNeil’s injuries were not immediately known.

McNeil, who is in his third season with the Mets, was hitting .293 with a .720 OPS and seven RBI coming into the game against the defending World Series champion Nationals.

McNeil was coming off a 2019 season in which he made the National League All-Star Team. He also finished the year batting .318 with a .916 OPS and 23 home runs.