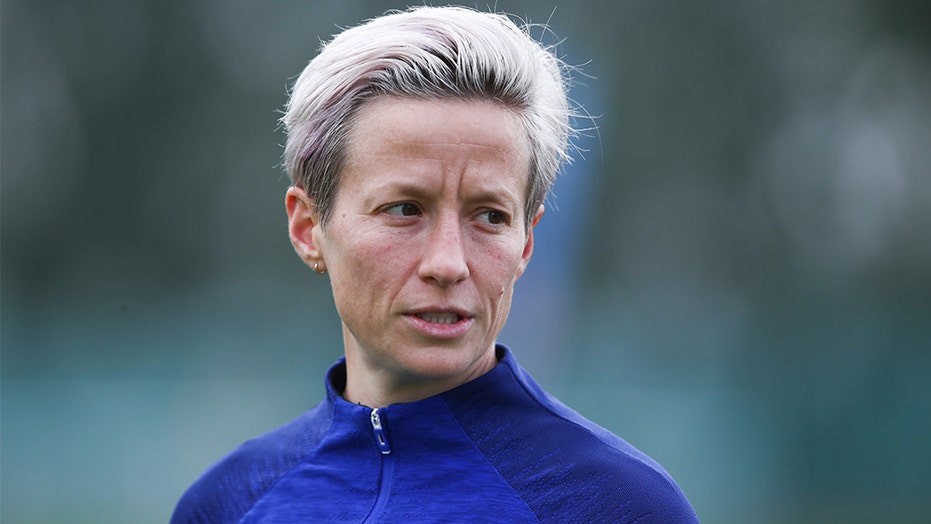 U.S. women’s soccer star Megan Rapinoe called on the top men’s players in the world to help her fight racism and sexism in the sport.

Rapinoe called on Cristiano Ronaldo, Lionel Messi and Zlatan Ibrahimovic in an interview with France Football to help her in the fight to tackle the social issues.

“I want to shout ‘Cristiano, Lionel, Zlatan, help me!'" she said, according to an ESPN translation of the interview. “These big stars do not engage in anything when there are so many problems in men’s football. Do they fear losing everything? They believe that, but it is not true. Who will erase Messi or Ronaldo from world football history for a statement against racism or sexism?”

Rapinoe was the Ballon d’Or as the world’s best female soccer player on Monday after helping the U.S. to a World Cup victory and winning the Golden Boot and Golden Ball awards during the tournament. It’s the second time the award had been given to a female athlete.

She told France Football that she believed her win was a recognition of her success off the field as well as on it.

“On the one hand, I am a good player. On the other, my activity away from the pitch brings me support as people understand I am acting to find solutions to our society’s problems,” she said. “The idea is to empower others to speak louder.

United States' Megan Rapinoe, center, celebrates after scoring the opening goal from the penalty spot during the Women's World Cup final soccer match between US and The Netherlands at the Stade de Lyon in Decines, outside Lyon, France, Sunday, July 7, 2019. (AP Photo/Francisco Seco)

“I am lucky to have a bit of talent to lead these fights. I have no fear, so I say what I say. Traveling all over for conferences and meetings exhausts me, but you have to be on the front line to improve things in our world.”

While the world’s top stars have been mostly silent when it comes to issues of racism, sexism and homophobia in the sport, Rapine praised Raheem Sterling and Koulibaly in September for their fight against racism when accepting the award for FIFA best women’s player.