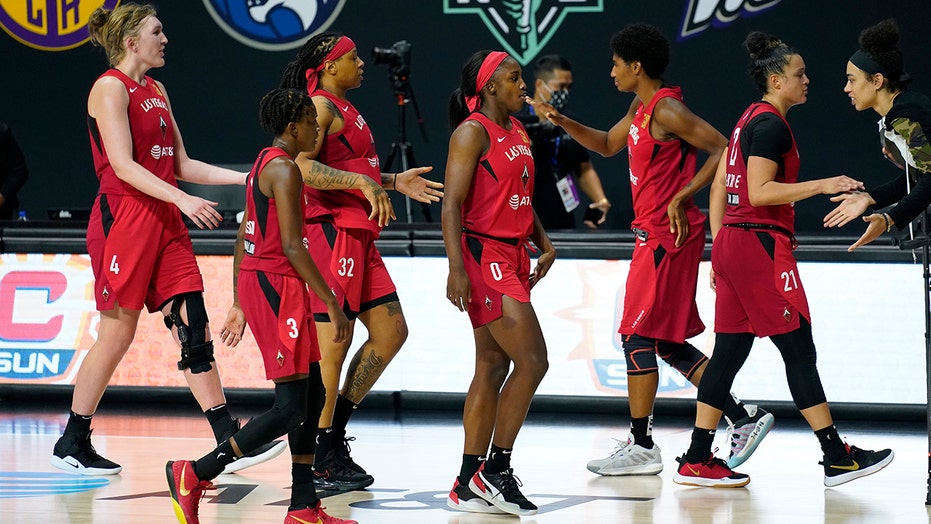 Angel McCoughtry said she received some inspirational advice from Elena Delle Donne before the game and applied it to keep Las Vegas' season alive.

McCoughtry scored 16 of her 29 points in the third quarter as Las Vegas took control and the Aces beat the Sun 84-75 on Sunday in Game 4 of the best-of-five WNBA semifinals.

“It helped (talking) with people who had been in that position, who had won it and done it," McCoughtry said. “It's amazing to talk to her about that.”

“Angel wasn’t ready to go home. That was fun to watch,” Laimbeer said. “Angel played that third quarter and it was a spectacular performance to get us the lead. We maintained the lead the rest of the way.”

McCoughtry scored 14 of the first 18 second-half points for Las Vegas and assisted on the remaining four as the Aces turned a one-point halftime deficit into a 55-46 lead midway through the third quarter and Connecticut trailed by at least nine points the rest of the way.

“She single-handily took over, had 12 points quickly out of halftime and assisted on another basket,” Miller said of McCoughtry. “She played 13 or 14 minutes more than she had been averaging. You see what she’s capable of doing in extended minutes with the amount of shots.”

Las Vegas was without reigning two-time WNBA sixth woman of the year, Dearica Hamby, who will likely miss the remainder of the playoffs with a knee injury.

Jasmine Thomas made a career-high six 3-pointers on 11 attempts and finished with 25 points for the Sun. Alyssa Thomas added 15 points and DeWanna Bonner had 10 points and a season-high 15 rebounds.