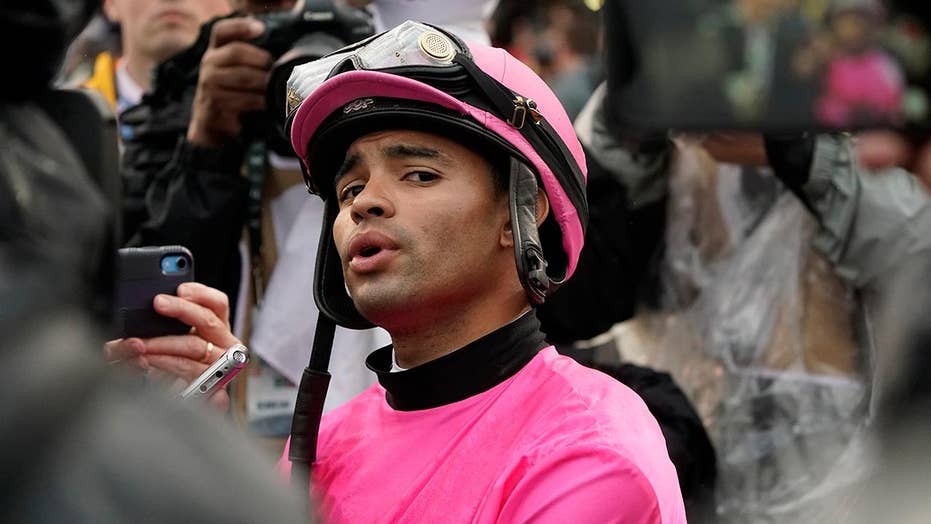 Maximum Security jockey Luis Saez has been banned for 15 days for race interference following his disqualification from the Kentucky Derby.

Luis Saez was cited for failing “to make the proper effort to maintain a straight course” during the May 4 race at Churchill Downs, the stewards of the Kentucky Horse Racing Commission announced.

His lawyer called the suspension “unwarranted” and said the rider’s legal team will file an appeal within 10 days. The attorneys are also seeking a stay of the penalty, pending appeal.

“He had a flawless ride in the Kentucky Derby and there’s no reason that the stewards should have given any discipline to him,” attorney Sean Deskins of the Oldfather Law Firm in Louisville said. “He did everything that he was required to do and that was within his power to control the horse.”

The suspension against Saez is five times longer than the usual penalty for a riding infraction and covers May 23-27, May 30-June 2, June 6-9 and June 13-14.

Maximum Security led a muddy Derby from wire to wire, holding off Country House down the stretch in a trip that initially appeared to improve the 9-2 second betting choice to 5-0 lifetime.

He was dropped to 17th by stewards, however, after it was ruled the horse interfered with several other horses between the far and final turns of the 1 1/4-mile race. Maximum Security was near the rail before veering several racing lanes to his right and making contact with War of Will, who retreated, Long Range Toddy and Bodexpress.

Video shows Saez did correct the horse, eventually pulling him back toward the rail.

“He carried everybody out intentionally, and then he dives in,” Casse told the Courier-Journal. “It’s almost like following a drunk driver. You don’t know which direction he’s going to go. … People were taking shots at Tyler, saying he should have went inside or should have went outside. That really upset me. I went back and watched the entire race and noticed that we were bothered not just in the main event, but we were herded prior to that.”

Country House, a 65-1 shot was elevated and declared the winner. It was the first time the horse finishing first at the Derby was disqualified for interference.

The new ruling comes a week after the racing commission denied an appeal of Maximum Security’s disqualification by co-owner Gary West. That decision came hours after West announced that the horse would not run in this weekend’s Preakness at Pimlico in Baltimore.

West told Fox News recently he would "file a lawsuit in the appropriate jurisdiction" after the denial.

Fox News' Ryan Gaydos and Samuel Chamberlain and the Associated Press contributed to this report.