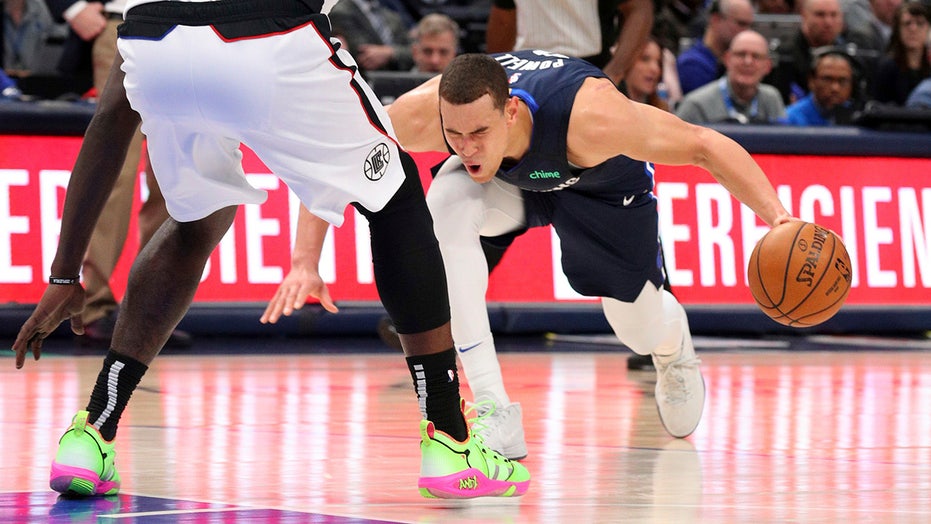 Dallas center Dwight Powell sustained what the Mavericks fear is a “severe” injury to his right Achilles tendon in a 110-107 loss to the Los Angeles Clippers on Tuesday night.

Coach Rick Carlisle said the club would wait on an MRI exam to determine the extent of the injury, but said the injury was “feared to be severe.”

Powell went down with a non-contact injury with 2:57 left in the first quarter. He was helped to the locker room while putting no weight on his right leg. Teammate J.J. Barea — who tore his right Achilles tendon last season — was distraught as Powell was taken off the court.

“It doesn’t get much tougher than this, if it ends up being what we fear it might,” Carlisle said. “But he will be back, regardless. There’s just some guys you just know, they have a level of resourcefulness, a level of fight in them. Barea’s one of them. Powell’s another. He’ll be back.”

Teammate Luka Doncic summed up a somber Mavericks' locker room in talking about Powell's presence on the team.

“Off the court and on the court, he gave us a lot,” Doncic said. “He's a great guy. He doesn't deserve this.”

The injury came on the same night 7-foot-3 forward Kristaps Porzingis returned after missing 10 games because of a sore right knee. Powell averaged 13 points on 71% shooting in the games Porzingis missed and was proving to be an effective sidekick. Both have been starters when healthy.

Porzingis can relate to Powell, as he came back this year after missing a season-and-a-half with a torn ACL.

Powell, in his sixth season in the NBA, has averaged nearly 10 points and six rebounds a game in 39 previous games. He had increased his scoring average over each of his first five seasons.

Powell has played all but five of his 371 career games for the Mavericks, arriving from Boston in a five-player trade in December 2014 that also brought point guard Rajon Rondo. Rondo’s style clashed with Carlisle, but Powell’s energy and productivity in the paint has made him a favorite of the coach.