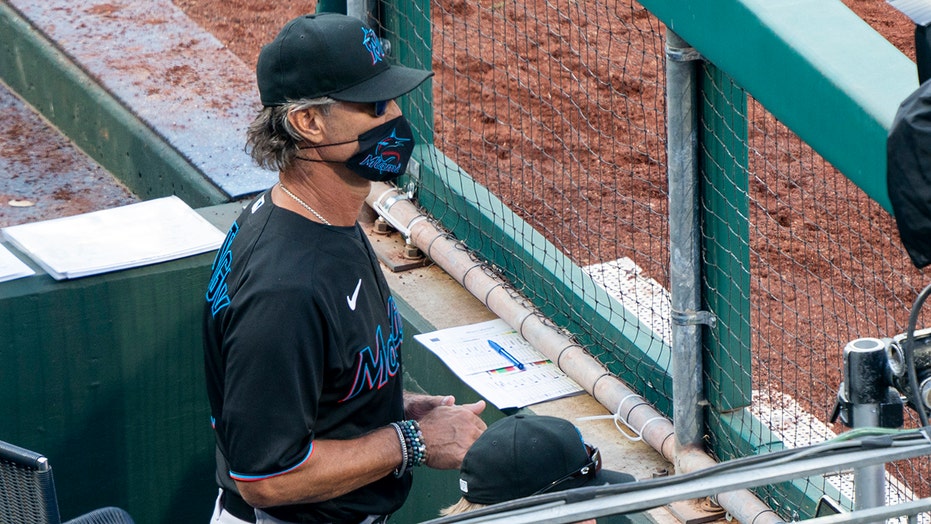 Don Mattingly returns this weekend to the Bronx, where his best years as a player always ended when the regular season did.

Now Mattingly is enjoying perhaps his best year as a manager, leading the Miami Marlins as they try to extend their improbable season into next week.

His young team is staggering toward the finish line, with four consecutive losses heading into Thursday night's game in Atlanta. But the Marlins still control their own destiny and will visit the New York Yankees for a three-game series hoping to clinch their first postseason berth since 2003.

“Nobody picked this club to be able to do anything this season, but we believed in ourselves,” Mattingly said. “It’s easy to be proud of these guys, the way they have dealt with everything.”

It would be rich irony for Mattingly’s team to clinch a postseason spot in the new Yankee Stadium, right near the site of the old ballpark, where he was an MVP, a batting champion and a six-time All-Star — but made the playoffs only in the final season of his 14-year career.

Mattingly was an overachiever, and so are the Marlins. Their season nearly derailed at the start because of a coronavirus outbreak that sidelined more than half the team, and even at full strength, they're hardly world beaters.

Even so, Mattingly has managed to keep Miami in contention, a rarefied achievement for a franchise that has lost more games in the past decade than any other team.

Mattingly's players are quick to say their success is a reflection of their skipper, and he's considered a strong contender for National League manager of the year.

“He obviously has done a phenomenal job,” infielder Jon Berti said. “It’s a testament to him that he kept us focused on the mindset of no matter who is in the clubhouse, we’ve got a job to do, and our job is to win each day.”

The Marlins haven't done that, but they have stayed in the race while navigating a schedule backloaded because their season was suspended for eight days during the virus outbreak. They'll play 28 games over the final 24 days.

A young, talented rotation would make the Marlins a dangerous playoff opponent, however, and the franchise is clearly trending upward in Year 3 of its rebuilding project under CEO Derek Jeter.

After Jeter's group bought the team in 2017, he jettisoned much of the team's star power, including Giancarlo Stanton, Christian Yelich, Marcell Ozuna and J.T. Realmuto.

But Jeter kept Mattingly, the manager since 2016. They first met when Jeter was an 18-year-old Yankees prospect.

In Miami, Mattingly quickly embraced Jeter's rebuilding plan, which required short-term pain while a moribund farm system was fortified. Jeter decided Mattingly was right for the job of developing young players while enduring lots of losing.

“Players respect him,” Jeter said last month. “He has been through the ups and downs of playing every day, and he relates to the guys.”

Mattingly led the Los Angeles Dodgers to three consecutive NL West titles in 2013-15, but those teams had large payrolls. The job has been different in Miami, where he's 94 games under .500.

His patience has been tested, and rewarded. One example: Lewis Brinson, acquired in the Yelich trade.

Mattingly was a 19th-round draft pick who became a star, and he says that helps him relate to players at both ends of the talent spectrum.

"I was a guy that had to work my way through, and I try to have a mentality with players that says, 'I understand where you're at,'” he said. “I'm not going to hold it against a guy when he has a bad day. You’ve got to show you continue to believe in them.”

Says closer Brandon Kintzler: “Donnie gets the game. He knows how hard it is.”

It's so hard that even at Yankee Stadium, celebrating a playoff berth is something special.