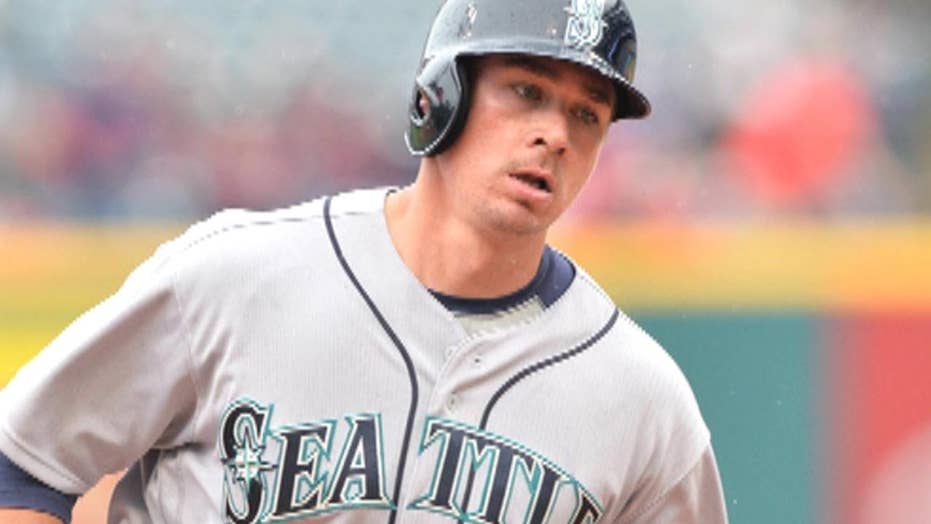 The Seattle Mariners suspended reserve catcher Steve Clevenger for the rest of the season without pay Friday for tweeting disparaging remarks about Black Lives Matter protesters and the controversy over police shootings.

"As soon as we became aware of the tweets posted by Steve yesterday we began to examine all of our options in regard to his standing on the team," general manager Jerry Dipoto said.

He said Clevenger was informed of the suspension on Friday

“Black people beating whites when a thug got shot holding a gun by a black officer haha (expletive) cracks me up! Keep kneeling for the Anthem!” one of Clevenger’s tweets read.

Clevenger had since deleted the tweets and changed his Twitter account to protected mode, according to the Seattle Times.

Clevenger released a statement to Fox Sports late Thursday night apologizing for "the distraction my tweets on my personal twitter page caused when they went public earlier today.”

"I am sickened by the idea that anyone would think of me in racist terms," he said. "My tweets were reactionary to the events I saw on the news and were worded beyond poorly at best and I can see how and why someone could read into my tweets far more deeply than how I actually feel."

The Mariners acquired Clevenger from the Baltimore Orioles in a trade for Mark Trumbo and C.J. Riefenhauser. He appeared in 22 games for the Mariners this season. He has been out with a right-hand fracture since June.