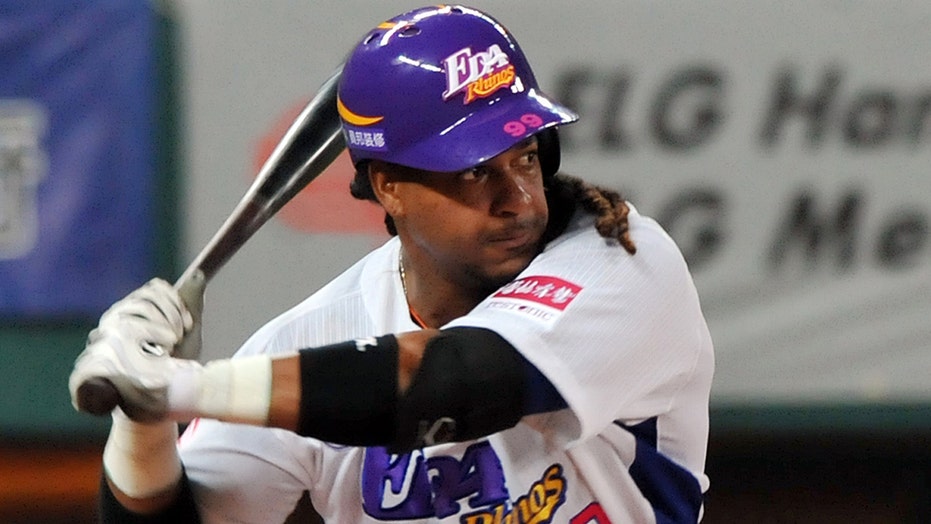 Manny Ramirez hasn’t picked up a bat in a professional baseball game since 2017 when he was trying to make it in Japan’s Shikoku Island League Plus, but he said another comeback isn’t out of the question.

The 47-year-old told The Taiwan Times in an interview published Wednesday he is going to try and “find a roster spot” in the Chinese Professional Baseball League.

“I have been itching to get back in the batter’s box and be able to compete again. I also miss being around teammates and team dinners postgame,” he told the newspaper. “I know if I was given the opportunity to come in an organization as a player-coach, it would do great things for the organization and the league.”

Manny Ramirez played in the CPBL in 2013. (Photo credit should read Mandy Cheng/AFP via Getty Images)

Ramirez played in the Chinese Professional Baseball League in 2013 with the EDA Rhinos. He played in 49 games, batted .352, and hit eight home runs. He was among the best players in the league that year but thwarted his future in the league to return to the U.S.

Ramirez said he’s received offers from the Atlantic League, an independent U.S. league, but he is looking to get back to Taiwan.

PHILLIES' AARON NOLA READY FOR SEASON REGARDLESS OF MLB PLANS: 'WHEREVER THEY WANT TO PLAY, I'LL PLAY'

“My message to the CPBL clubs would be that I am still confident in my ability to serve as a player-coach and provide positive contributions to any ball club that is willing to have me on their staff/roster,” he told The Taiwan Times. “I have been working out daily and keeping my mind at ease, with only one thing in mind – how to get back on the field.”

Ramirez said since he’s been on lockdown in Florida, he’s been watching a lot of Taiwanese baseball.

“Due [to] COVID-19, I have been watching most of the CPBL games on streaming sites,” he said. “My routine consists of being awake by 6 a.m., reading and educating myself more and more on the Bible followed by nine innings of Taiwanese baseball.”