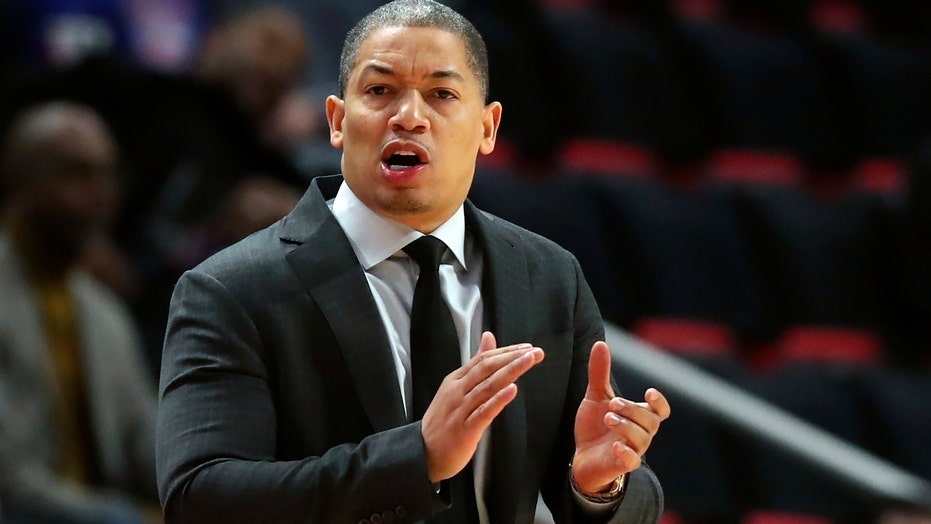 Tyronn Lue is ready to follow in Doc Rivers’ footsteps. That has nothing to do with coaching the Los Angeles Clippers.

He wants to be a voice for change.

Rivers has been one of Lue’s most trusted mentors for years, and his teaching point in these times has been clear. Rivers isn’t going to coach forever. Neither is Gregg Popovich, another of the league’s strongest coaching voices. Someone is eventually going to have to fill their roles as two of the go-to speakers in the NBA, as champions for change, and Rivers wants Lue to step up to be that someone.

Lue’s primary mission as coach of the Clippers — as Rivers’ replacement — is clear. He’s tasked with being the coach who finally gets the franchise to the Western Conference finals and beyond, who finds a way to take a team that has spent most of its existence as a punchline and makes it a champion.

That should be daunting enough.

But in these times, as one of only six Black coaches in the NBA, a league in which most of the players are Black and most of the coaches are white, Lue knows more is required. That’s why the NBA spent three months at Walt Disney World, to stand on a platform that would amplify voices urging an end to racial inequality and police brutality in this country. Rivers, as the Clippers’ coach during their time in the bubble, was moved to tears at times when he spoke of the problems that ail this nation. Lue, like most assistant coaches, didn’t have much of a media footprint in the bubble; assistants are seen and rarely heard.

In this role, he vows, that will change.

“That’s what I’m going to fight for being in this position,” Lue said. “Or just having more Black head coaches and more assistant coaches and guys will be able to get the chance and opportunity to show their greatness. And, with 80% of the league being Black and African American, Black coaches can relate to these guys. It helps these guys that come from single-parent homes and growing up in the situations that they grew up in. Being able to talk and relate to these guys is very important.”

Lue’s hiring by the Clippers — it got done last week, was finalized Tuesday and he was formally introduced Wednesday — is another step in the right direction for the NBA. The league was down to four Black coaches at one point this offseason; Rivers’ hiring in Philadelphia and Lue’s hiring with the Clippers has the total back up to six.

When this season’s playoffs started, it was eight. A few years ago, Black coaches held a then-record 14 NBA jobs. Indiana replaced a Black coach in Nate McMillan with first-time coach Nate Bjorkgren, who is white. New Orleans is replacing a Black coach in Alvin Gentry with veteran coach Stan Van Gundy, who is white. There are two jobs currently unfilled — Houston and Oklahoma City.

“You know, we’ve looked at what might be an equivalent to a Rooney-type rule in the NBA, and I’m not sure it makes sense,” NBA Commissioner Adam Silver said during the NBA Finals, referencing the Rooney rule where NFL teams must interview minority candidates when coaching, general manager and top front-office jobs become open. “I’m open-minded if there are other ways to address it. There is a certain natural ebb and flow to the hiring and firing, frankly, of coaches, but the number is too low right now.”

For his part, Lue is no fan of a Rooney-type rule in the NBA either. He simply wants the best coaches to have the jobs.

“If the Black coach is not better, then he shouldn’t get the job, and vice versa,” Lue said. “So that’s how I feel about it. I know there’s a lot of great coaches out there, Black coaches, that have proven themselves and have been good but just haven't gotten a second chance or another opportunity to show.”

He’s no longer one of those who didn't get a second chance. He won an NBA title when he took over in Cleveland in 2016, though part of the deal when a coach wins a title with LeBron James is that the coach never gets all the credit they deserve for that championship. James left Cleveland in 2018, Lue's ensuing Cavs team started 0-6 and he was promptly fired.

And now he inherits a team that has championship aspirations, a two-time NBA Finals MVP in Kawhi Leonard and an owner in Steve Ballmer who will spend whatever is necessary to win.

“Without Doc, I wouldn’t be in this position,” Lue said. “With that being said, Doc has laid a hell of a foundation here with the Clippers, and now it’s up to me to better that.”