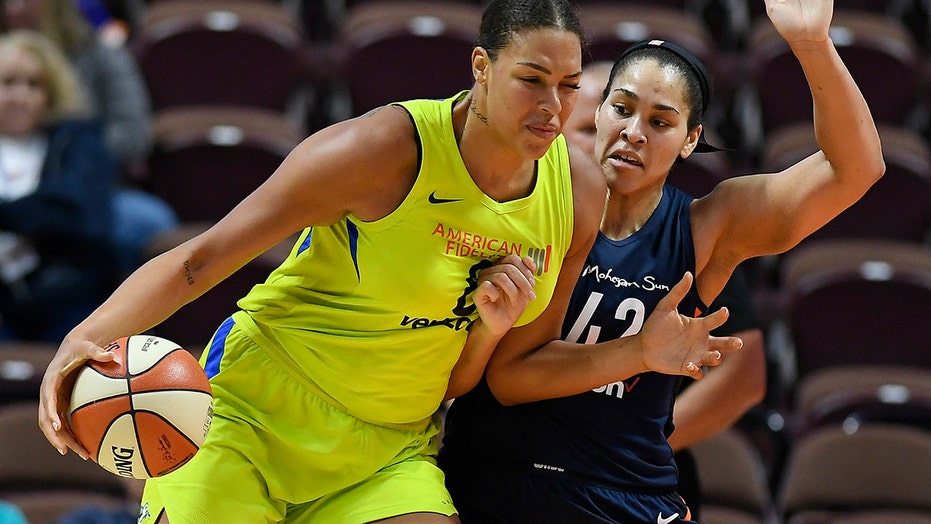 WNBA star Liz Cambage posted a series of somber messages on her Instagram on Wednesday following reports that the Dallas Wings were trading her to the Las Vegas Aces days before the start of the season.

Cambage, who requested a trade from Dallas in January, posted a photo with a caption: “You never cared about me, you just care about owning me. I’m a human and I deserved to be treated that way.”

In another video, she wrote she was “sick of being patient and being quiet. I’m sick of not eating and not sleeping. I’m sick of being stuck in limbo. I see all your messages and it really does mean the world to me.” The moments were screen-grabbed by the Dallas Morning News.

It’s unclear whether Cambage was addressing her situation with the Wings. She told ESPN in August her WNBA career was up in the air and that she was focused on “getting a European contract.”

Cambage finished second in MVP voting, behind Seattle Storm star Breanna Stewart. She averaged 23 points and 9.7 rebounds last season and broke the WNBA record for most points scored in a single game with a 53-point performance against the New York Liberty.