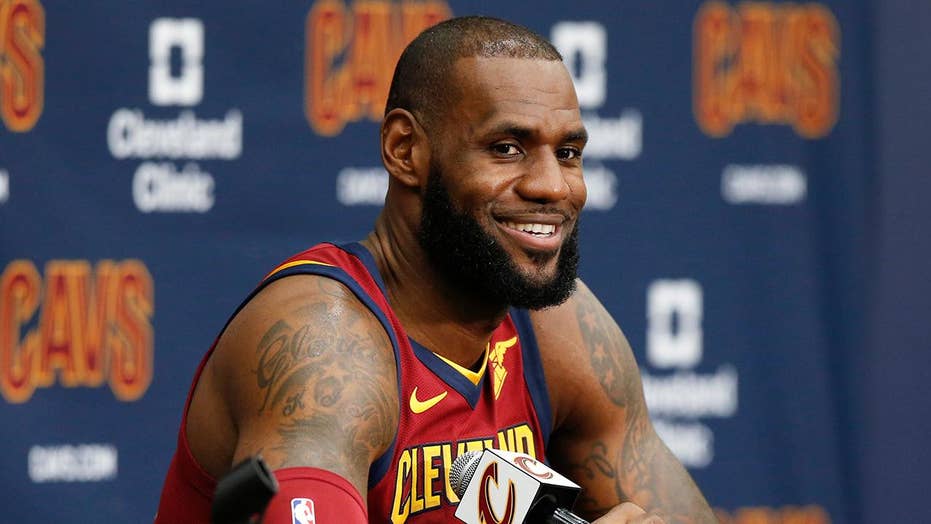 "I received voicemails after LeBron tweeted that were some of the most vile, disgusting, racist," Gilbert told CNBC Friday. "There's an element of racism that I didn't even realize existed in this country this much."

Gilbert said he had not told James about the voicemails. He called the comments unnerving.

"And you could hear it in their voice -- the racism," Gilbert said. "It wasn't even really about the issue, and that's what really got me, because they went to who they really are, some of them."

Earlier this week, James said he did not regret his comment about Trump.

"Me and my friends call me that all the time," James said during a news conference prior to the opening of Cleveland's training camp. "I'm not his friend, though. He's not my friend. No, when I woke up and saw what he said about Steph Curry. First of all, it's so funny because it's like you inviting me to your party, right? As a matter of fact, it's not like you invited me.

"It's almost, like, 'Hey, I'm not going to be able to make it. I'm not coming,' and then you would be like, 'LeBron, guess what? You're not invited.' I wasn't coming anyways, so that was funny to me when I woke up and saw that. So, my first initial response was, you bum."

James also commended NFL players for protesting after Trump said owners should fire any players who kneel during the national anthem.

Gilbert and James have patched up a complicated relationship. Gilbert infamously wrote a letter to Cleveland fans criticizing James for leaving as a free agent in 2010. The owner was later fined $100,000 after he accused James of quitting in the playoffs during an interview with The Associated Press.

Gilbert's ties to Trump would seem to create another problem. Gilbert, however, said in statement this week that he supports both political parties. Gilbert's Quicken Loans mortgage lending company donated $750,000 to the president's inauguration party.

"Our interests are in the policies at the federal level, and not the politics surrounding the elections," he said. "We have often supported both political parties in the same election so that we have the ability to impact positive change, regardless of who occupies the offices.

"Our focus with any office-holder or politician is about the communication of the still substantial needs of our former rust-belt cities that are now finally beginning the road to recovery and growth that other parts of America have been experiencing for a long period of time."