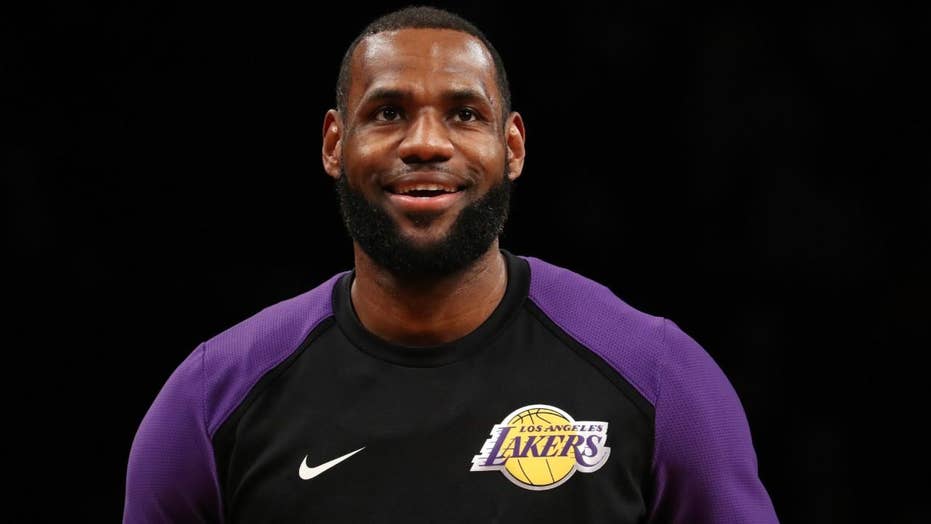 Los Angeles Lakers star LeBron James came under fire over the weekend after he posted rap lyrics that included the line “We been getting that Jewish money.”

James was referencing a song by rapper 21 Savage, who had released his new album “I Am > I Was” on Friday. James apologized for the post after the team’s loss to the Memphis Grizzlies on Sunday.

“Apologies, for sure, if I offended anyone. That's not why I chose to share that lyric. I always [post lyrics]. That's what I do. I ride in my car, I listen to great music and that was the byproduct of it,” he told ESPN. “So, I actually thought it was a compliment and obviously it wasn't through the lens of a lot of people. My apologies. It definitely was not the intent, obviously, to hurt anybody.”

James was wearing a purple Lakers sweatshirt as he rode in the passenger seat of a car. The lyric “We been getting that Jewish money, Everything is Kosher” was from the song “ASMR.” (The acronym often refers to "autonomous sensory meridian response," briefly described as a tingling sensation on the skin.)

James defended himself, saying his interpretation of the lyric was about strength in the Jewish business community, according to ESPN. There was reportedly no indication James would be fined by the NBA.

The three-time NBA champion’s comments come after an episode of HBO’s “The Shop” aired showing him ripping NFL owners as “old white men” with “slave mentality.”

“In the NFL they got a bunch of old white men owning teams and they got that slave mentality," James said. "And it's like, 'This is my team. You do what the f--- I tell y'all to do. Or we get rid of y'all.’”

James has also had to defend himself earlier in the week after saying he would like to play alongside New Orleans Pelicans star Anthony Davis. The comments brought accusations of tampering.