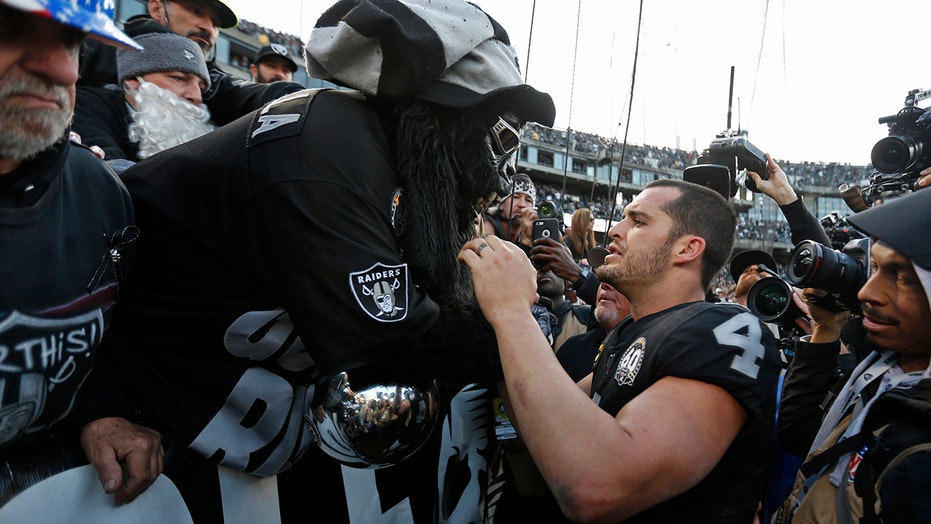 For quarterback Derek Carr and the Las Vegas Raiders, it's do or die.

Head coach Jon Gruden is entering his third year in charge, and if the marriage between the quarterback and coach doesn't work in 2020, the two could be headed for a divorce before the start of next season.

Last year, Carr threw for 4,054 yards and 21 touchdowns, with a career-best 70.4 completion percentage, but the Raiders had a 7-9 record and third-place finish in the AFC West, behind the Kansas City Chiefs and Denver Broncos. Running back Josh Jacobs, who is entering his second season in 2020, piled up 1,150 yards and seven touchdowns, and will likely have a much bigger role for the Raiders in his second campaign.

In the offseason, the Raiders improved some of the weaker parts of their team through the draft and in free agency. Las Vegas signed All-Pro middle linebacker Cory Littleton and former Chicago Bears linebacker Nick Kwiatkoski to anchor the middle of the field. And they drafted Alabama wide receiver Henry Ruggs III and Ohio State cornerback Damon Arnette with their two first-round picks.

If the Raiders can come together collectively as a unit, they have a great chance to make the playoffs, especially since there will be seven teams eligible to make the postseason in both conferences.

Here's what else you need to know about the Raiders this year.

Alabama wide receiver Henry Ruggs III answers questions from the media during the NFL Scouting Combine on February 25, 2020, at the Indiana Convention Center in Indianapolis, IN. (Photo by Zach Bolinger/Icon Sportswire via Getty Images)

Henry Ruggs III was the first wide receiver off the board, and the No. 12 overall pick in the 2020 NFL Draft. The speedy wideout should step into a starting role right away for the Raiders.

He spent three years at Alabama and is regarded as one of the best wide receiver prospects in the draft. Coming out of Robert E. Lee High School in Alabama, Ruggs was a five-star prospect by 247Sports and the No. 2 overall player in the state of Alabama.

Ruggs had 40 receptions for 746 yards, a 15.1 yard per catch average, and seven touchdowns in 2019. Ruggs finished his time with Alabama ranked third on the Crimson Tide’s career touchdown receptions list with 24 scores. He averaged 17.5 yards per catch in three seasons, which is good for sixth on Alabama’s career list.

The Raiders ranked 24th in points scored and 11th in yards gained last season. The addition of Ruggs should improve the Raiders offense.