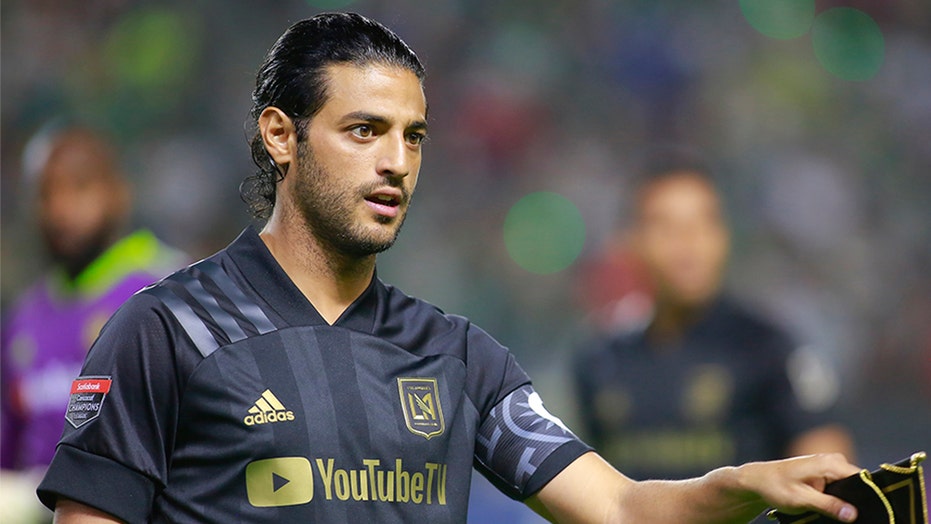 LAFC star Carlos Vela will not play in the MLS Is Back tournament in Orlando, Fla. due to the coronavirus pandemic. The team left for Florida on Monday, and the reigning MLS Scoring Champion and MVP was not on the flight, according to the Los Angeles Times.

Vela chose to stay at home with his pregnant wife, Saioa, and their 3-year-old son, Romeo.

MLS gave players the option to skip the tournament, which is supposed to start on Wednesday, and Vela, who is the league’s fourth-highest paid player, has decided to sit out. Vela finished with 34 goals in 31 games last season, and he led LAFC to the best record in league history.

“I always want to give everything I have to my club, our fans and supporters and the city of L.A.,” Vela said in a statement. “However, it is in the best interest of the health of my family to stay home and be with my wife during what is a risky pregnancy."

FC Dallas has also withdrawn from the MLS Is Back tournament after 10 players tested positive for coronavirus.

The league said Monday that of the 557 players sequestered at a pair of Walt Disney World hotels, 13 have tested positive: 10 from Dallas, two from Nashville, and one from Columbus. Additionally, a Dallas coach also tested positive.

FC Dallas announced last week that six players had tested positive upon arrival in Florida for the tournament, and the entire team was quarantined. As a result, the team’s opening match on Thursday against the Vancouver Whitecaps was postponed.

With Dallas' withdrawal, Major League Soccer was devising a new schedule for the monthlong tournament, to be played without fans at ESPN's Wide World of Sports Complex at Disney World.