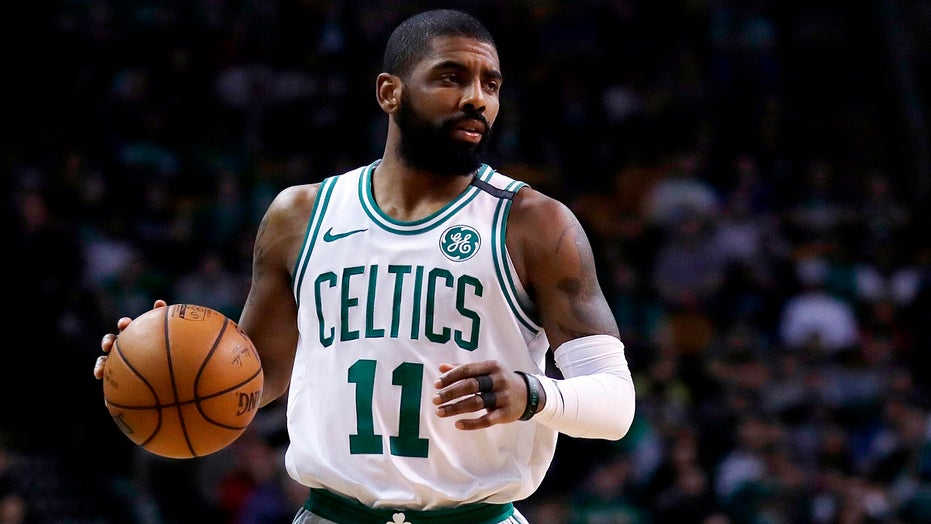 Kyrie Irving reportedly plans to opt out of his current contract with the Boston Celtics and become a free agent once the period opens up at the end of the month.

Irving is still one of the top point guards in the league, though his play on the court was overshadowed by criticism over his antics during the season and the Celtics' early exit from the playoffs.

Irving is going to be linked to the top teams in the league heading into free agency, but he's given almost no indication as to where he wants to go and he's likely to demand a max contract wherever he signs.

Here are five teams that could sign Irving once free agency begins on June 30.

The Nets appear to be the front runners to sign Kyrie Irving. (AP Photo/Michael Conroy)

The Nets have been rumored to be the frontrunners to sign Irving. Bringing the point guard onto the team would add a veteran who has championship experience and would immediately make Brooklyn a contender in the Eastern Conference. However, the Nets reportedly only want Irving if Kevin Durant comes with him. Though Brooklyn looks like the frontrunner now, no one knows what their plan entails.

The Knicks will be among those looking to get a meeting with Irving. (Associated Press)

Until the season ended and the Nets almost came out of nowhere to reportedly grab Irving's attention, the Knicks appeared to be the frontrunner to land the point guard. Irving, as he would with the Nets, would make the Knicks a viable opponent in the Eastern Conference -- something the Knicks haven't been in many years. However, he would go to a team that has proved to be dysfunctional. Irving would be a big asset to either New York City team.

Could Irving team up with LeBron James again? (Photo by Robert Laberge/Getty Images)

When Irving told the media he had called former teammate LeBron James and apologized for being naive, it started the rumblings that Irving may be trying to get to the Lakers and team up again with the superstar. The Lakers reportedly included Lonzo Ball in a trade for Anthony Davis so the Lakers would have an opening at the point guard position to form another big three-type team. It's reportedly expected Irving will at least sits down with the Lakers before choosing a team.

The Clippers might have a point guard position to fill in the summer. (AP Photo/Todd Kirkland)

The Clippers aren't particularly known for landing marquee free agents but with the team rumored to be in the conversation for Kawhi Leonard, it may behoove them to go after Irving as well. The Clippers reportedly called the Celtics about a possible trade for Irving during the season, which makes the interest clearly there. The Clippers could also be set to lose Patrick Beverley during free agency, which gives Los Angeles a hole to fill.

It appears unlikely at this point, but there's a small chance Irving could re-join the Celtics. (AP)

While it was rumored that Irving would meet with the Celtics during free agency, basketball insider Jackie MacMullan revealed on the Hoop Collective podcast that Irving had issues with people within the organization. She said Irving "didn't like Boston" and had issues with coach Brad Stevens and executive Danny Ainge. It's unclear whether that report would deter the Celtics from trying to hash things out and go after him in free agency.