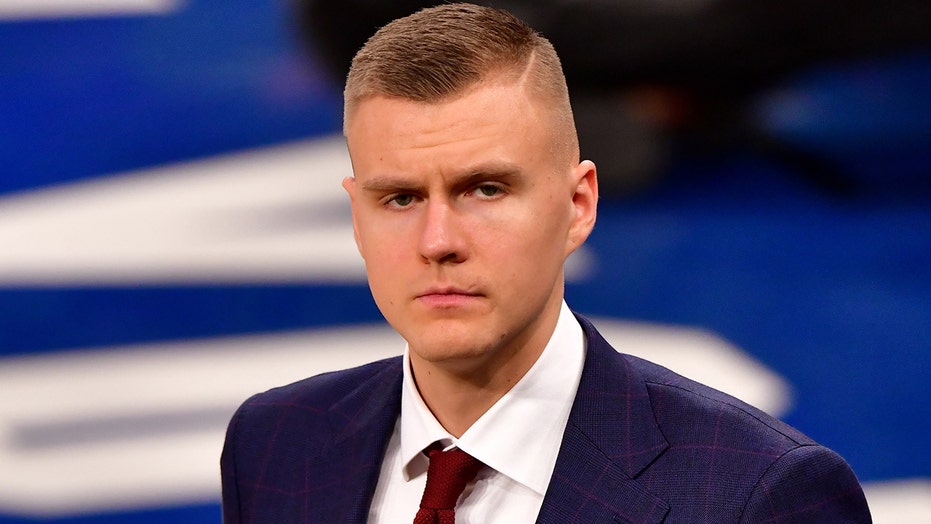 Kristaps Porzingis spent the entire 2018-19 season recovering from a torn ACL and during the season he was traded from the New York Knicks to the Dallas Mavericks.

It’s unclear when Porzingis will be healthy enough to return to the basketball court. Any team that attempts to go after him hopes it will be for the start of the 2019-20 season. However, there’s one caveat for any team that wants to sign the lanky 7-foot 3-inch forward.

Porzingis is a restricted free agent. Unlike Kevin Durant, Kawhi Leonard and Kyrie Irving, any team could sign Porzingis to an offer sheet but the Mavericks have the opportunity to retain him by matching the offer. The original team would have two days to match an offer.

Dallas has until June 29 to submit a qualifying offer to Porzingis. Free agency begins June 30.

Here are five teams who could possibly sign Porzingis.

The Mavericks appear to be the odds on favorite to retain Porzingis. (Photo by James Devaney/Getty Images)

The Nets reportedly could consider Porzingis if all else fails. (AP)

While the Nets appear to be the favorites to sign Durant during the offseason, NBA executives indicated to the New York Post that the Nets could be in play to make a “long-shot” offer sheet to Porzingis if things go haywire. But by the time Brooklyn learns whether they have failed in their pursuit of the marquee players on the market, it might be too late to even think about Porzingis.

Porzingis was once linked to a trade with the Kings. (Brad Penner-USA TODAY Sports)

ESPN reported months before the start of free agency that the Kings and the Knicks were in talks about a Porzingis trade during the 2018 draft. While the Kings might have to break the bank for Porzingis as this point, it’s worth noting that there are other teams that have expressed interest in the Latvian before. Even better, Sacramento wouldn’t have to give up any assets to acquire him this time around.

The Celtics were reportedly interested in Porzingis at one point. (Photo by Al Bello/Getty Images)

The Celtics were also among the teams looking to trade for Porzingis back when it appeared the Knicks were willing to talk to everyone and anyone about a potential deal but the asking price was too high, according to multiple reports. Boston would be in a position to try to get a big man during free agency, but going after a restricted free agent might not be in the cards.

Are the Suns a dark horse to go after Porzingis? (Tom Szczerbowski-USA TODAY Sports)

The Suns, along with the Celtics, were reportedly willing to offer the Knicks guard Devin Booker a deal before talks broke down. The Suns didn’t bite on the trade offer clearly. But things are different this time around and who knows what the Suns front office could be capable this offseason.