The game between the Los Angeles Lakers and Los Angeles Clippers set for Tuesday night has been postponed in wake of deaths of Kobe Bryant and his daughter, Gianna, the league announced Monday.

The Lakers had returned from a road trip Sunday and learned of the news that Bryant and his daughter were among the nine who died in a helicopter crash in California earlier that day.

The league made the announcement about the team’s first home game since Bryant’s death late Monday. 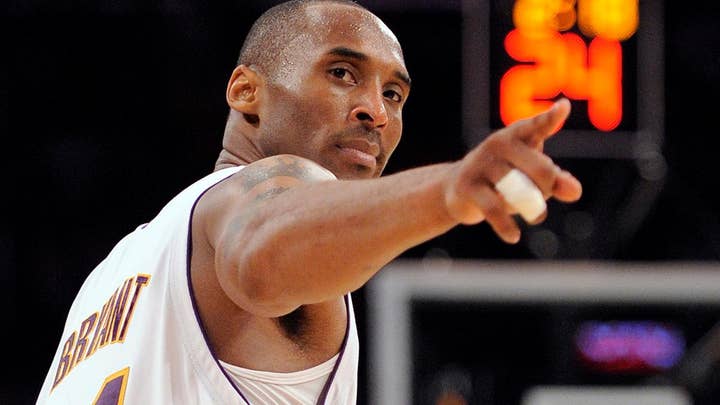 “The decision was made out of respect for the Lakers organization, which is deeply grieving the tragic loss of Lakers legend Kobe Bryant, his daughter Gianna and seven other people in a helicopter crash on Sunday,” league officials said in a statement.

The league will reschedule the game for a later date.

The Lakers also released a statement thanking fans for their support.

“The Los Angeles Lakers would like to thank all of you for the tremendous outpouring of support and condolences. This is a very difficult time for all of us. We continue to support the Bryant family and will share more information as it is available.”

The NBA allowed several games to be played Sunday night. All of the teams honored Bryant in various ways – some teams taking 24-second shot clock violations while others took 8-second backcourt violations to begin their games.

Many players were visibly emotional, as was LeBron James. The Lakers star was caught on cameras hugging loved ones as the team returned to the Los Angeles area Sunday afternoon.

While James has yet to speak on Bryant’s death, his teammate Anthony Davis addressed it on Instagram. He posted a photo of himself with Bryant when they were members of Team USA.

“Man this is a tough one for me! You were the first guy to put me under your wing and show me the ins and outs of the league. Had so many great convos about so many things and I will cherish those moments forever. Love you forever, Bean!” he wrote.

The helicopter crashed in Calabasas and investigators were at the scene. Officials said at least three bodies were recovered from the wreckage.