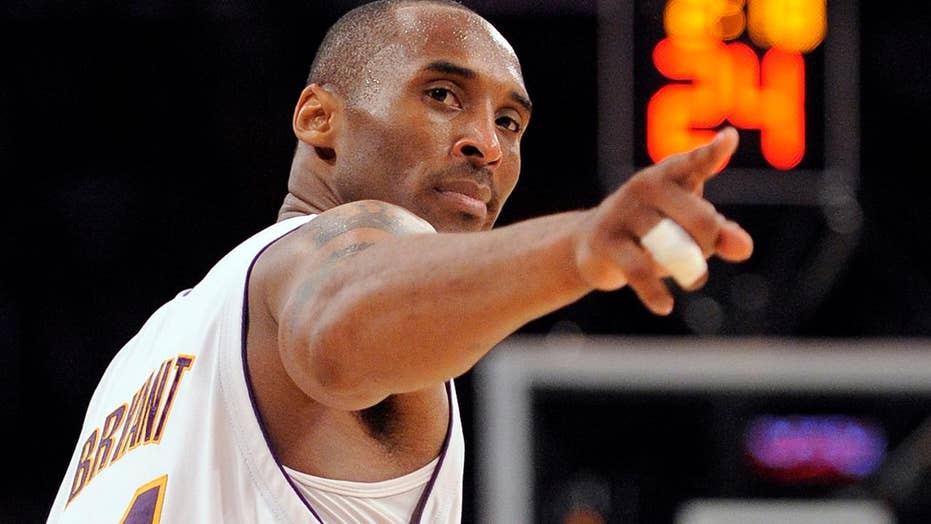 LOS ANGELES — A large crowd of fans continued to gather outside Staples Center to express their grief over the death of Kobe Bryant before the Lakers' game Friday against the Portland Trail Blazers.

It was the Lakers' first game since Bryant, his 13-year old daughter Gianna and seven others died in a helicopter crash Sunday.

Daniel Torres of Long Beach did not have a ticket to the game, but decided to come down to the arena to view the makeshift memorials and thoughts that fans wrote about the Lakers legend.

“I grew up with Kobe. I’m not a very emotional person but I’ve been crying all week,” said Torres, who was wearing a Bryant jersey from Lower Merion High School in Pennsylvania. “I can’t believe the outpouring and how many people loved him.”

The Lakers were asking fans who did not have a ticket to not linger around Staples Center and LA Live before and during the game. They also advised fans that the pregame ceremony would not be shown on the video screens outside the arena.

Chris Clayton of Los Angeles was selling purple T-shirts with an illustration of Kobe and Gigi Bryant that was designed by his father. He said that he had sold over 500 shirts since Wednesday.

”Everyone remains devastated and stunned. Tonight’s ceremony is going to be unbelievable,” he said.

The Los Angeles Clippers and Sacramento Kings played Thursday night in the first NBA game at Staples since Bryant’s death. Clippers forward and Los Angeles native Paul George narrated a 2-minute video tribute to Bryant before the game where he said Bryant “was as synonymous with Southern California as the sunshine and touched every inch of it."

“From this point on it is always going to be tough, especially being here in LA. I think every time we are in this arena and being reminded of him being in the rafters,” George said after the game.

Sacramento coach Luke Walton, a former Lakers player and coach, said he walked around LA Live shortly after the Kings arrived early Thursday morning. He added it was an emotional scene with people still outside mourning Bryant at 2 a.m.

“You think you're doing fine and then you walk into Staples Center. It is still really hard and a lot of emotions that continue to come back,” said Walton, a teammate of Bryant's on two Lakers championship teams. “I try to focus on what an inspiration he is to me and others, which helps.”

Clippers coach Doc Rivers said the best way to honor Bryant's memory the rest of the season is to compete the way he would.

“It was already our journey and then this happens," Rivers said. “They understand if you really want to salute him, he made a lot of sacrifices to be a winner and we have to do the same.”