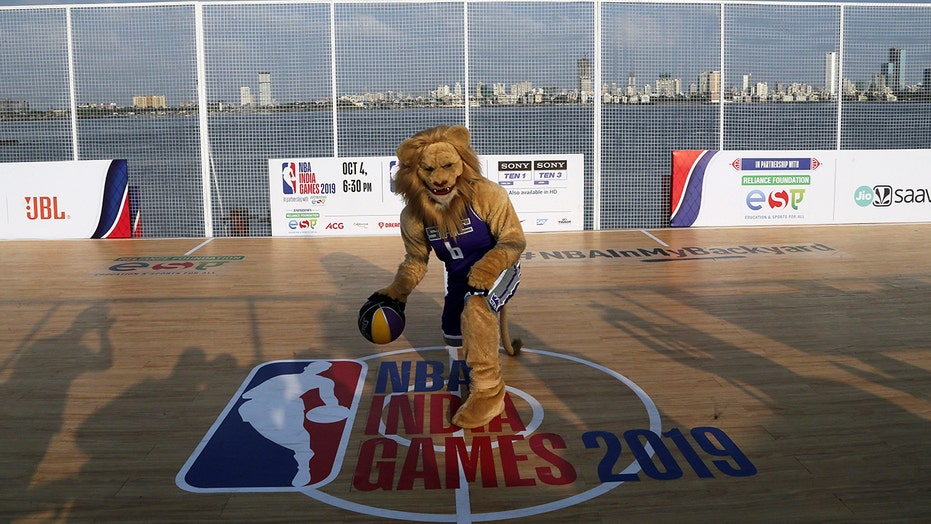 A private plane carrying members of the Sacramento Kings’ organization was struck by lightning Sunday as the personnel was traveling back to the U.S. from their historic trip to India.

Kings owner Vivek Ranadive, general manager Vlade Divac and members of the media were on the plane, according to KCRA-TV. The plane was hit prior to landing in England for a layover.

No damage was found after the plane landed and team officials were cleared for takeoff once again, Joelle Terry, Kings senior vice president of communications, told the Sacramento Bee.

“When we landed [in England] the airplane underwent inspection,” Terry said. “No damage was found and we have been cleared for takeoff.”

The Athletic’s Sam Amick tweeted that everyone was “shook” except Kings play-by-play announcer Gary Gerould. Amick later told the Bee: “It’s all good, man. Just spooked us a bit but apparently it happens all the time.”

Nobody was injured from the incident.

The Kings were playing the Indiana Pacers in the first-ever games to be held in India. Sacramento lost both of those games against Indiana. The team lost by one point in overtime Friday and then fell by 24 points on Saturday before heading back to the States.