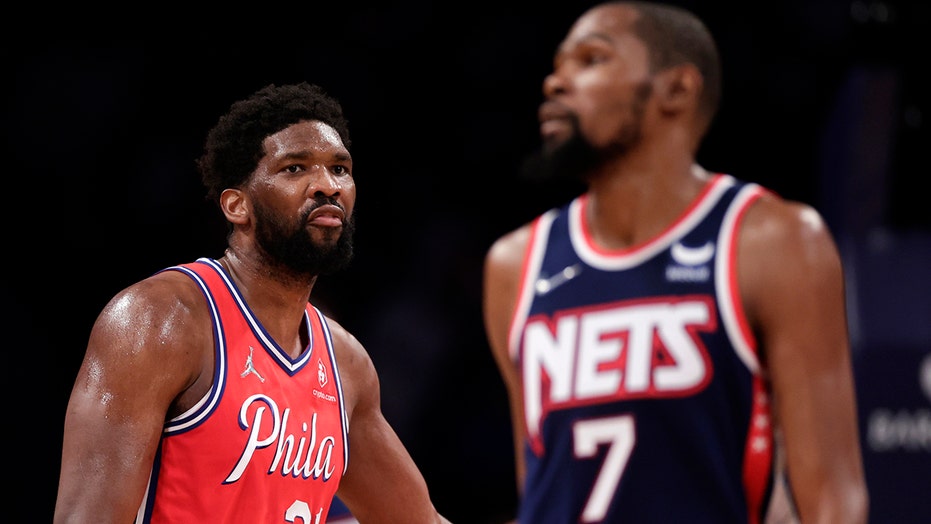 Brooklyn Nets star Kevin Durant and Philadelphia 76ers center Joel Embiid had some words for each other toward the end of their game on Thursday night in Brooklyn.

Embiid told Durant and the Nets to go back home after Philadelphia won 110-102 in a pivotal Eastern Conference matchup. Embiid was just returning the favor to Durant after the Nets beat the 76ers earlier this month.

While the two appeared to have some words on the court, cooler heads prevailed off it and both players showed their respect and admiration for each other after the game.

"That's the best team in the conference. Obviously, I respect him a lot," Embiid said of Durant, via ESPN. "I mean, judging by the way he was acting last time, that's the same thing he told us. Basically, I returned the favor."

Embiid added: "There's a lot of respect. I always tell people, I think I can do everything on the basketball court, and there's not a lot of guys that are able to do it. If there was one player that I think is probably as talented, or more talented, than me, it's definitely him. So I have a lot of respect for him. I admire his game. We're just competitive. And wins matter, every single one of them, and it's always good to beat the best team in the conference."

Durant said he welcomed the competition.

"If you've been watching Joel and I play, it's been like that every game -- even the All-Star Game. We just respect each other so much that natural competitive fire, I guess, comes out. It's the name of the game and letting them know we're coming with the same energy. I like the energy that they played with tonight. You love competition; it's only going to make you better."