USA Gymnastics turned to an outsider when it tasked Kerry Perry to steer the embattled organization through the fallout of the Larry Nassar scandal.

Perry, who had no background in the sport when she was hired as president and CEO last November, stressed her focus would be "on creating an environment of empowerment where all have a strong voice and we are dedicated every single day to athlete safety."

Yet too often during her nine months on the job -- a brief tenure that ended Tuesday when Perry resigned amid pressure from the United States Olympic Committee -- it was Perry's voice that was missing.

While the former marketing and communications executive spoke frequently in buzzwords -- the use of "empowerment" during her introductory press conference was a sign of things to come during the rare occurrence when Perry did make a public appearance -- she struggled to get a handle on the scope of the damage inflicted by Nassar.

As athletes spoke out about being sexually abused by Nassar -- a former team doctor for both the women's program at USA Gymnastics as well as Michigan State University athletics -- Perry couldn't seem to effectively articulate empathy for the survivors or offer a clear way forward for one of the U.S. Olympic movement's crown jewels.

Her tenure would follow a familiar pattern: a high-profile gymnast would come forward to outline her abuse at the hands of Nassar, now serving an effective life sentence after being convicted of federal child pornography and state sexual abuse charges, and USA Gymnastics would release an empty statement, usually without Perry's name on it.

The few significant moves Perry did orchestrate came only after substantive external pressure.

USA Gymnastics exited its agreement to purchase the Karolyi Ranch outside Huntsville, Texas, in January only after reigning Olympic champion Simone Biles said she was victimized by Nassar and questioned why she had to train in the same facility where she and others were abused. 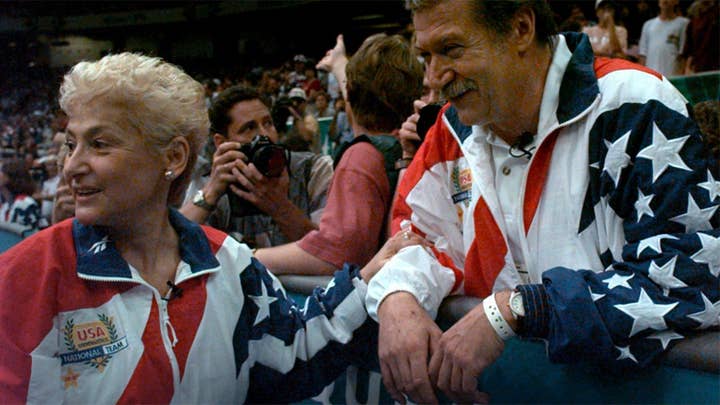 USA Gymnastics also removed its board of directors in January, a decision it reached only after the USOC threatened the organization with decertification.

The final straw came last week during the botched hiring -- and then firing -- of its elite development coordinator.

The coach, Mary Lee Tracy, was an early supporter of Nassar when allegations against him began to surface two years ago. After the announcement of her promotion, Tracy made an attempt to reach out to six-time Olympic medalist Aly Raisman -- herself a Nassar victim -- after Raisman called Tracy's hiring "a slap in the face for survivors" and proof that the organization had not changed.

USA Gymnastics responded by asking Tracy to step down. While the request was made in the interest of protecting USA Gymnastics legally -- Raisman has filed a lawsuit against the federation -- it also became another public relations pratfall.

Newly hired USOC CEO Sarah Hirshland had seen enough, saying in a statement on Friday that USA Gymnastics "is struggling to manage its obligations effectively and it is time to consider making adjustments in the leadership."

Hirshland said the USOC would reach out to USA Gymnastics' newly appointed board over the weekend to discuss possible changes.

The discussions ended with Perry being pushed out, forcing USA Gymnastics to search for its third president in 18 months. Steve Penny, Perry's predecessor, stepped away under pressure in March, 2017.

A management committee that includes USA Gymnastics chairman of the board Karen Golz, vice chair and secretary David Rudd and board member Kathryn Carson will oversee the day-to-day operations of the organization during the search for an interim president.

"In the wake of horrific events that have impacted our athletes and the entire gymnastics community, USA Gymnastics has made progress in stabilizing itself and setting a new path to ensure that the safety and interests of our athletes remains at the heart of our mission," Golz said.

Four-time Olympic gold medalist Simone Biles has said she was molested by Nassar.

How much impact Perry had on that progress is uncertain. USA Gymnastics was already in the process of implementing the more than 70 changes recommended by a former federal prosecutor when Perry was hired, a process that remains ongoing.

Though Perry made an attempt to visit some of the organization's 3,564 member gyms, some gym operators felt left in the dark.

"The communication from the top down has been really reactive and disjointed," Kim Ransom, who runs Pittsburgh Gymnastics Club in the eastern exurb of Braddock, told The Associated Press in August. "We get mass emails kind of bombed to us when there's a catastrophe in the news and it's sort of just feels very forced and contrived. ... It feels like nobody is being real with us."

Perry fared no better connecting while speaking to a congressional panel. Asked what strides USA Gymnastics was making, Perry's answers were canned and offered little specifics.

Rep. Debbie Dingell, a Michigan Democrat, said in a statement Tuesday that Perry was "never transparent" and wasn't forthcoming about what she was doing to "change the culture at USA Gymnastics."

"There is still a lack of urgency behind addressing how we protect young people from physical and emotional abuse while maintaining the amateur status that allows young people to compete," Dingell said.

Biles addressed that lack of urgency before the U.S. Championships in Boston last Monday, taking Perry to task when asked if it was time for the head of the organization she competes for to speak up.

"It's her job," Biles said before winning her fifth national title.