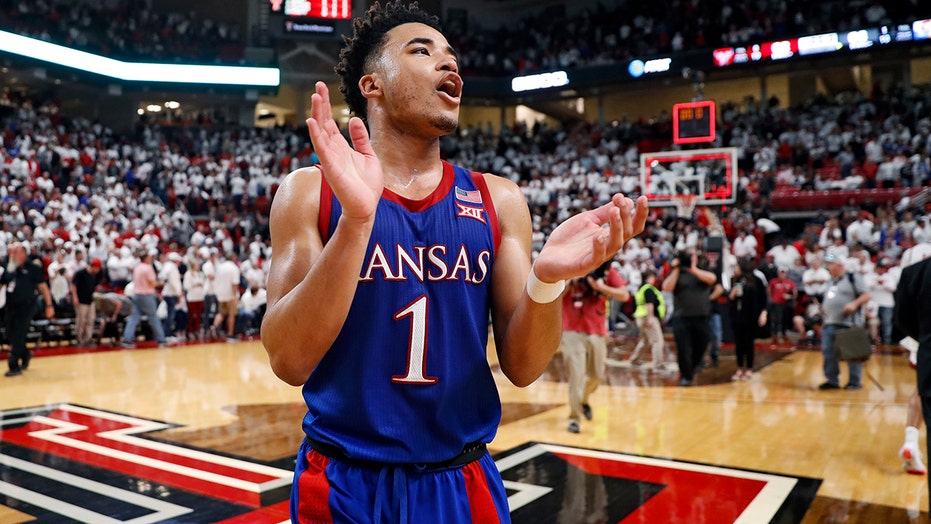 Kansas maintained its grip on the No. 1 ranking in The Associated Press men's college basketball poll, while fourth-ranked Florida State has its highest ranking in nearly five decades.

The Jayhawks received all 65 first-place votes Monday to remain at the top for a third straight week and fourth overall this season, with the past two weeks coming as the unanimous choice ahead of Gonzaga and Dayton.

Kansas (28-3, 17-1 Big 12) wrapped up another conference regular-season championship over the weekend at Texas Tech – the Jayhawks have won at least a share in 19 of 24 seasons – and open play in the Big 12 Tournament in Thursday’s quarterfinals.

The Seminoles (26-5, 16-4) rose three spots after wrapping up the first Atlantic Coast Conference regular-season title in program history. FSU spent two weeks at No. 5 in January and now has its highest ranking since No. 2 in December 1972.

The Seminoles open play in the ACC Tournament as the top seed in Thursday’s quarterfinals in pursuit of their second title, the other coming in 2012.

Kansas, Gonzaga and Dayton stayed 1-2-3 for a second straight week, while Baylor slid to fifth and San Diego State sixth behind FSU.

Creighton jumped four spots to No. 7 after claiming a share of the Big East regular-season title, followed by Kentucky and Michigan State — which rejoined the top 10 for the first time since early January after going from preseason No. 1 to unranked.

Duke, one of a record-tying seven teams to spend time at No. 1 this season, rounded out the top 10.

The Spartans’ seven-spot jump represented the biggest climb of the week, marking one of six teams to rise at least three spots this week.

No. 18 Wisconsin climbed six spots after finishing tied with Michigan State and No. 12 Maryland atop the Big Ten regular-season standing. Reigning national champion Virginia rose five spots to No. 17, while No. 11 Villanova rose three spots.

In all, nine teams moved up in Monday’s poll.

Seton Hall took the week's biggest tumble, falling eight spots to No. 16 after losses to Villanova and Creighton to end the regular-season schedule.

No. 15 Louisville fell five spots after losing at Virginia, which cost the Cardinals a chance to claim a share of the ACC regular-season title with Florida State. And No. 20 Auburn fell three spots after Wednesday's home loss to Texas A&M.

Outside the unchanged top three, No. 13 Oregon and No. 19 Ohio State were the other teams to remain in the same spot from last week.

West Virginia and Butler returned to the poll as the week's new additions, with the Mountaineers tying Houston for 22nd and the Bulldogs checking in at No. 24.

West Virginia was ranked to start the year, then spent 11 weeks in the poll, included a high rank of 12th in January before falling out last week.

Butler also started the year unranked before a 12-week poll run that peaked at No. 5 on Jan. 13, though the Bulldogs lost eight of 12 and fell out of the AP Top 25 for the past two weeks.

Penn State (No. 20) and Michigan (25th) fell out of the rankings, with the Wolverines continuing a wild ride that began with them going from unranked to debuting at No. 4 in early December after winning the Battle 4 Atlantis tournament in the Bahamas.

The Big Ten had a national-best six ranked teams, including No. 21 Illinois and No. 25 Iowa. The ACC and Big East each had four, followed by the Big 12 with three and the Southeastern Conference with two.