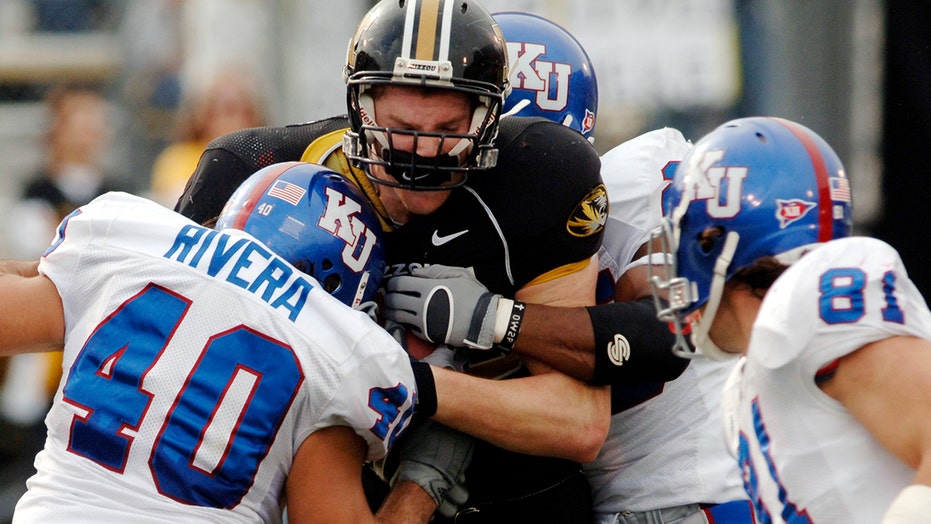 Kansas and Missouri are resuming their bitter Border War in football after the former Big 12 rivals agreed to a four-game series in which each school will play two home games beginning in September 2025.

The fourth-longest rivalry in college football dates to 1891, but it has been on hiatus since Missouri departed for the Southeastern Conference. The schools recently announced a six-game series in men's basketball beginning with the upcoming season that includes two games on each campus and two in Kansas City, Missouri.

The second football game between the Jayhawks and Tigers will take place in 2026 in Lawrence. The third will happen in Columbia in 2031 before the series concludes the following season in Lawrence.

Missouri leads the series 56-55-9 after winning the most recent matchup at Arrowhead Stadium on Nov. 25, 2011.