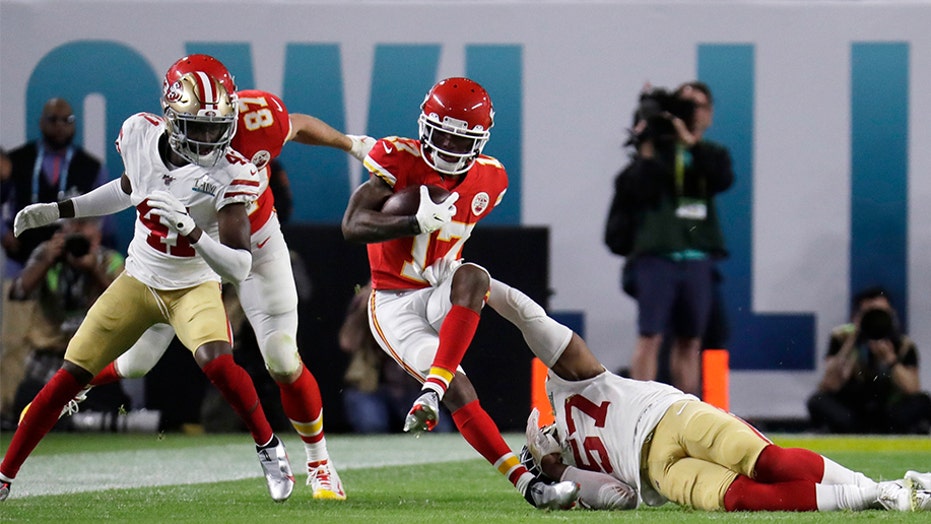 The Kansas City Chiefs finished 12-4 during the 2019 season, eventually winning the Super Bowl.

The Chiefs have five picks going into the draft. One of their picks was acquired from their Super Bowl opponents, the San Francisco 49ers.

Last year, the Chiefs didn’t have a first-round pick in the draft. The team selected twice in the second round, picking wide receiver Mecole Hardman and safety Juan Thornhill. Both players were key in the team’s road to the championship.

Here are the Chiefs’ draft picks.

First Round, No. 32 overall

Third Round, No. 96 overall

Here are some of the Chiefs’ key free-agent acquisition and departures.

Kendall Fuller, CB (signed with WAS)