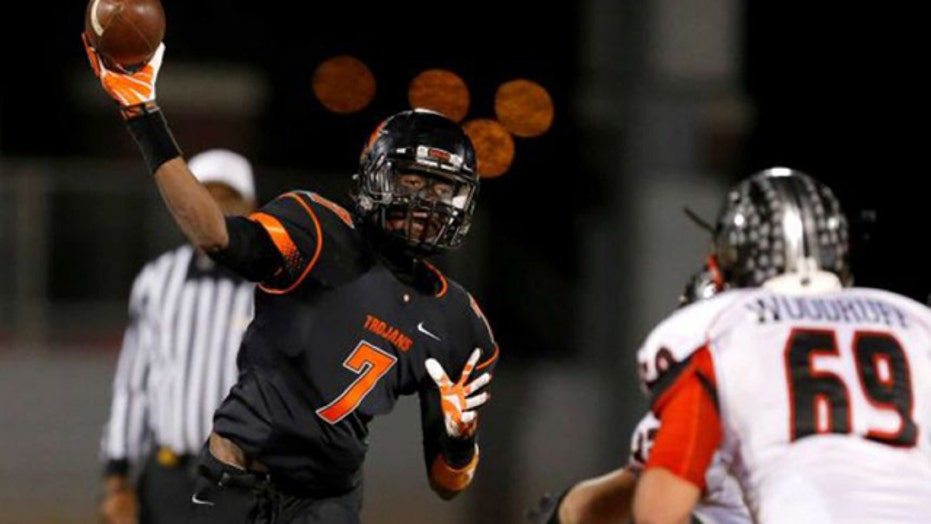 Oklahoma County Judge Bernard Jones said Wednesday the ruling on a request by an Oklahoma City school to have part or all of a high school football playoff game replayed has been delayed to Thursday morning.

Oklahoma City’s Frederick A. Douglass High School lost a thriller, 20-19, to Locust Grove in the playoff quarterfinals on Nov. 28. A touchdown with just 64 seconds remaining that appeared to put Douglass ahead, 25-20, was overturned on a penalty that everyone now acknowledges was incorrectly enforced.

“I can’t promise the relief I’m extending today will be there the next time,” a “skeptical” Judge Bernard Jones said last week, when he ordered a delay in Locust Grove’s semifinal game, at least until he can hear additional arguments from both sides.

The judge could let the score stand and the playoffs resume, order a replay of the entire game or, according to some, replay the final 1:04 of the fourth quarter. That was the point at which Douglass wide receiver Qua’Sean Sims caught a short pass on 4th down and raced to the end zone for a 58-yard touchdown.

An excited Douglass coach, racing along the sideline as Sims wove his way toward the goal line, bumped into a referee, drawing a penalty flag. But instead of assessing a 5-yard penalty on the ensuing kickoff, as the rule book dictates, the referee nullified the score.

The Oklahoma Secondary School Activities Association later apologized and called the blown call “inexcusable.” But it refused to accept a protest or conduct a review of the game due to the on-the-field ruling.

The legal wrangling could further compound the state playoffs, which could be postponed or could continue subject to future court action.

“We obviously feel the disappointment and the pain for the kids,” OSSAA attorney Mark Grossman told Fox 23. “If someone can come up with a solution that avoids harm to these schools and these other kids, OSSAA will consider that.”

Douglass’ attorneys are arguing the OSSAA acted arbitrarily and capriciously in denying Douglass’ petition to overturn the result. The school's players have continued to practice in the hope that their season is not over. As unlikely as a courtroom victory might seem, Oklahoma’s Supreme Court has gotten involved in high school football before.

Two years ago, a district judge refused to stop the state playoffs until another high school’s case, involving a player who was disqualified for attending summer camps later prohibited, could be decided. But months later, the high court ruled on the merits of the case and issued a stinging rebuke of the OSSAA, according to the Tulsa World.

In part, the court found that the OSSAA was arbitrary and capricious in blocking Scott’s participation for attending summer camps two years before prohibitions against such camps were written OSSAA policy.

In a statement, Oklahoma City Public Schools said the judge must right the wrong committed on the field.

"Our focus from the beginning has been on doing the right thing for student athletes, and today's decision is about more than the two teams directly involved,” the statement read. “Everyone can relate to the heartache that occurs when you try your best and it's rewarded with unfairness. [The court ruling] gives us another chance to make it right for student-athletes and, hopefully, spark a broader conversation that will help to prevent similar situations from affecting student athletes in Oklahoma in the future.”