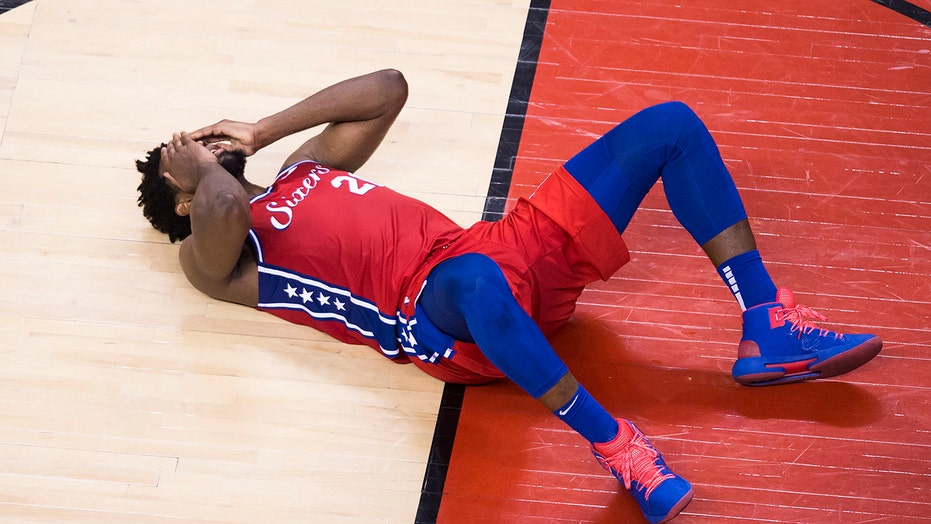 Philadelphia 76ers star Joel Embiid was visibly upset after his team narrowly lost in Game 7 of the Eastern Conference semifinals against the Toronto Raptors on Sunday.

One Pennsylvania girl, who is a big 76ers fan, sought to cheer Embiid up with a touching note.

BUCKS VS. RAPTORS: 5 THINGS TO KNOW, SERIES SCHEDULE, HOW TO WATCH

“Dear Joel Embiid, you are my favorite player. I am sorry that you lost. I saw you crying on T.V. It's ok to lose sometimes, I lost basketball games too. You got so far and I'm proud of you and the 76ers!” Olivia Djamoos, 9, wrote to the center.

Olivia told WPVI-TV that she understood why Embiid was upset.

“I thought he showed his emotions. I knew he was upset that he lost. I've lost basketball games too,” she told the station.

She added: “I am sad, but I'm ok with it because I've won a bunch of games too, and same with Joel Embiid.”

Embiid didn’t appear to respond directly to the letter. However, on Wednesday, he tweeted an uplifting message to his team after falling short in the playoffs.

“Hell of a season. Proud of my guys and I appreciate all the support you guys gave us all season long. Extremely disappointed and fell short of our goal but this is the motivation I needed and best believe I’ll be BACK EVEN BETTER AND STRONGER,” he tweeted.

Philadelphia finished the season 51-31. It’s the second straight season they’ve won more than 50 games. It’s the first time the team went back-to-back seasons with 50 or more wins since doing it in the 1983-84 and the 1984-85 seasons.