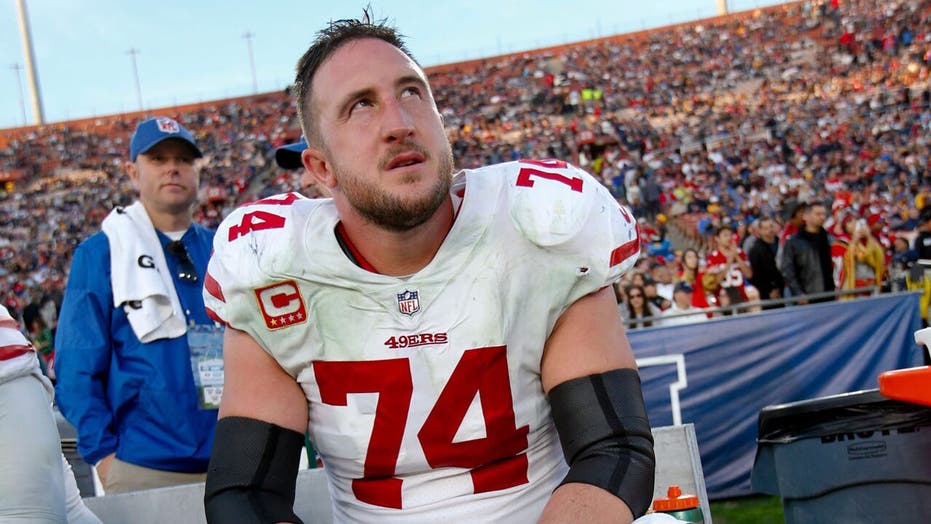 Former San Francisco 49er Joe Staley opened up on Monday about his laundry list of injuries that led the veteran offensive tackle to retire after 13 seasons.

Staley appeared on the "Bussin' With the Boys" podcast co-hosted by Tennessee Titans offensive tackle Taylor Lewan to discuss the harsh reality surrounding the extent of his injuries which forced him to make the decision to step away.

49ERS’ JOE STALEY HELD OUT ON DECISION TO RETIRE: ‘I KNEW THAT THE DRAFT WAS BASICALLY THE DEADLINE’

"[The doctor] was like, 'If you're going to continue to play football, you're probably going to have to have fusion surgery on multiple levels,'" Staley said, according to NBC Sports. "I was like, ‘I'm 35. I've got kids. I don't want to not be able to turn my neck for the rest of my life.'

"When I went and saw these doctors, I realized how serious it was," he added. "They were like, 'If you continue to play, you're going to really do some long-term damage.'"

Staley announced his retirement on the final day of the NFL Draft shortly after the Washington Redskins had agreed to trade Trent Williams in exchange for a fifth-round pick this year and a third-round pick next year.

“Last year should have been the pinnacle of my career,” Staley said in a statement announcing his retirement.

“We had an absolutely unbelievable team from the culture to the coaching staff, front office, the players that were around. And it was like that the whole entire year. But, for me personally, it was really, really difficult because of the injuries.”

Staley, 35, was drafted by the 49ers 28th overall in 2007. In his 13-season long career, Staley had six Pro Bowl and two Super Bowl appearances.