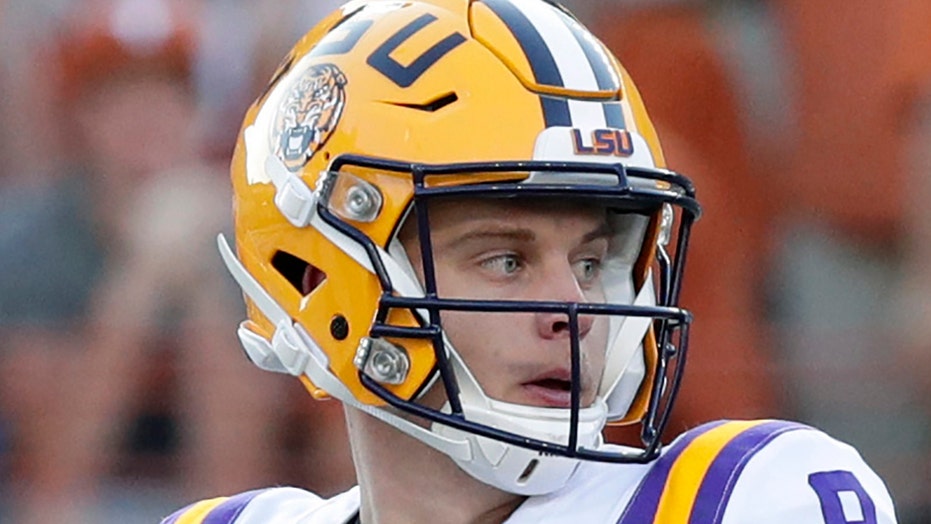 Joe Burrow is getting ready to play in the national championship game and then move onto the NFL.

Burrow has played all four years in college, divided between Ohio State and LSU, and elevated his status during his final season with the Tigers. He went from a middling quarterback to a superstar on the cusp of greatness – at least on the college level.

Here are some things to know about Burrow.

1. HIS CAREER STARTED AT OHIO STATE

Joe Burrow started as a redshirt freshman quarterback at Ohio State in 2015 and made his debut for the Buckeyes in 2016. He also played for them in 2017 before transferring to LSU. He transferred after being buried on the depth charts beneath Cardale Jones, J.T. Barrett and Dwayne Haskins. As a sophomore, he had freshmen Tate Martell and Kory Curtis behind him.

Burrow had an unremarkable year in his first season at LSU. He had 2,894 passing yards and 16 touchdown passes. Though the Tigers had three losses, they still made the Fiesta Bowl and defeated UCF, 40-32. However, he was just on the brink of superstardom.

Burrow had 5,208 passing yards and 55 touchdowns in the games prior to the 2020 national championship game against Clemson. His monster season, which included wins over Texas, Florida, Auburn, Alabama, Georgia and Oklahoma in the College Football Playoff semifinal. He made himself into a top pick in the NFL Draft.

3. HIS HEISMAN WIN HELPED HIS HOMETOWN

Burrow won the 2019 Heisman Trophy award and his emotional speech about his hometown of Athens, Ohio, really affected those who were watching.

“Coming from southeast Ohio, it’s a very impoverished area and the poverty rate is almost two times the national average,” he said. “There’s so many people there that don’t have a lot and I’m up here for all those kids in Athens and Athens County that go home to not a lot of food on the table, hungry after school. You guys can be up here too.”

A campaign was started to the Athens County Food Pantry and the food bank raked in more than $350,000 in donations and provided more than 100,000 meals.

4. HE HAD A RECORD-SETTING PLAYOFF GAME

Burrow’s last test came against Oklahoma in the College Football Playoff semifinal. Burrow and the Tigers swamped the Sooners in the Peach Bowl on the way to a national championship appearance.

Burrow threw seven touchdown passes and ran for one more. He also had 493 passing yards in the win. It was one of the best performances in a bowl game ever. The dominating performance set LSU up for a date with Clemson and made them the favorites to win the championship.

5. HE COULD RETURN HOME

Unless everything goes wrong, Burrow is set to be the No. 1 pick in the 2020 NFL Draft. There’s a good chance that the Cincinnati Bengals will have the first pick come April and pick Burrow to become their next quarterback replacing Andy Dalton and nixing any future of Ryan Finley. Playing in Cincinnati would mean that Burrow is just about 150 miles west of Athens. He would fit right at home in Cincy