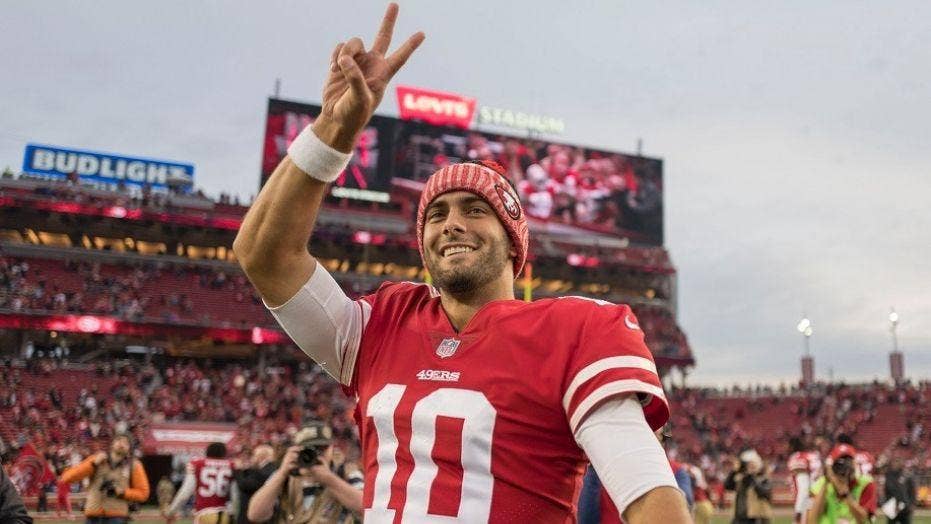 Quarterback Jimmy Garoppolo, 26, and the San Francisco 49ers have agreed to a five-year deal, reportedly worth $137.5 million. Making him the highest-paid player in the NFL, on average-per-year basis. But who are the world’s highest paid athletes?

Quarterback Jimmy Garoppolo and the San Francisco 49ers have reportedly agreed to a five-year deal making him the highest-paid player in the NFL on average-per-year basis despite only playing seven games.

Garoppolo, 26, was the backup quarterback for the New England Patriots for three seasons before being traded to the 49ers. He started two games for the Patriots after starting quarterback Tom Brady was suspended for “Deflategate,” the scandal in which Brady was accused of ordering the deflating of footballs during an AFC Championship game.

Garoppolo was believed to be Brady’s successor due to his age but he was reportedly traded to appease the star quarterback.