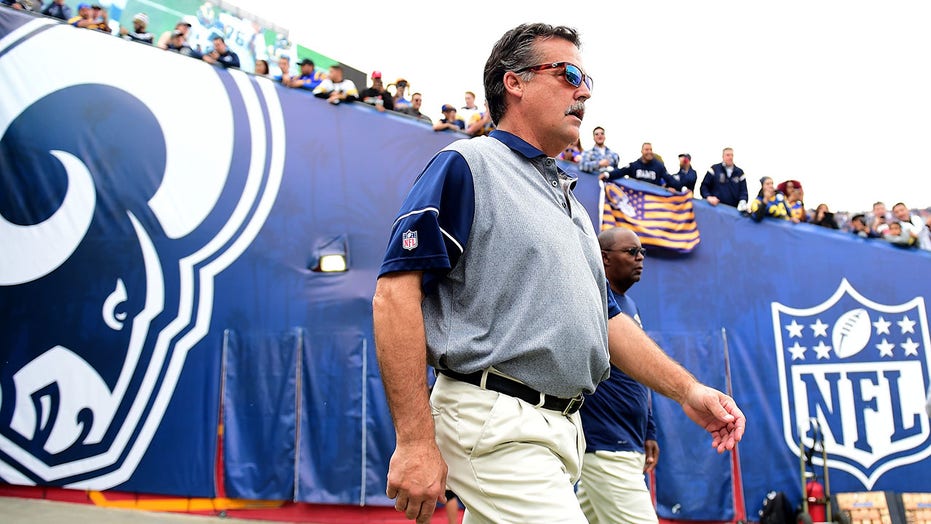 Former St. Louis Rams head coach Jeff Fisher addressed the team’s decision to draft Michael Sam, who was openly gay, back in the 2014 NFL Draft after old emails from Jon Gruden were revealed by the New York Times on Monday.

According to the report, Gruden said that NFL Commissioner Roger Goodell pressured Fisher and the Rams to take Sam in the seventh round of the draft. Fisher addressed that statement in a Twitter post on Tuesday.

Fisher, who was a head coach in the NFL for 22 years, led the Titans and Rams to six playoff appearances and even guided Tennessee to Super Bowl XXXIV.

"Michael Sam was the SEC Co-Defensive Player of the Year in 2013, and we selected him in the 2014 NFL Draft based on his defensive production and pass rushing skill set on the field," Fisher wrote. "As a head coach for over 20 years, we drafted or didn't draft, players based on a variety of qualities. Their sexual orientation would never — and should never — play a part in the decision-making process.

"I continue to support Michael, and his decision to come out as the first draft eligible openly gay player in the league. It took courage to serve as a role model for those competitive football players who may also happen to be gay," he added.

"Lastly, the NFL never encouraged or discouraged me regarding the selection of a potential prospect."

Sam, the No. 249 overall pick out of Missouri, was one of the final cuts when the Rams cut their roster down to 53 players leading up to the 2014 season. Sam also spent some time on the Cowboys’ practice squad, and he even played in the Canadian Football League before stepping away from football in August 2015.

Gruden resigned as the head coach of the Raiders on Monday night. Assistant coach Rich Bisaccia will serve as Las Vegas’ interim head coach for the remainder of the season.