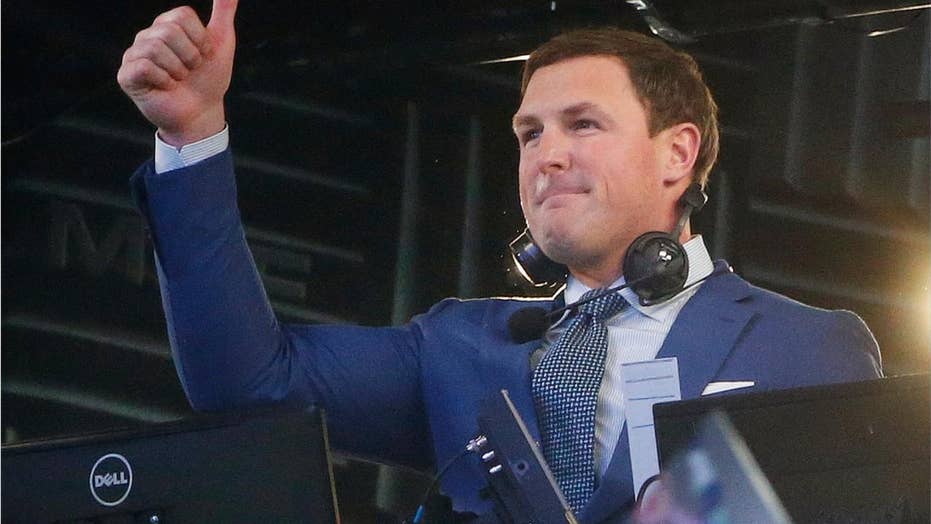 Jason Witten will be on "Monday Night Football" again this season -- but not as an announcer.

Retirement didn’t even last a year for the Dallas Cowboys star, who is returning to the gridiron a season after hanging up his cleats. The 2019 season will mark his 16th season with the Texas team.

The NFL team announced the news on Thursday afternoon. He initially hung up his cleats in May to pursue a career in the broadcast booth of ESPN's “Monday Night Football.”

In a statement, the Cowboys said the team had retained Witten’s rights when he was placed on the NFL’s Reserve/Retired List last season. The 11-time Pro Bowl tight end has agreed to a one-year contract. The deal is worth about $5 million.

“The fire inside of me to compete and play this game is burning too strong,” Witten said in a statement released by the Cowboys. “This team has a great group of rising young stars, and I want to help them make a run at a championship."

He added: "This was completely my decision and I am very comfortable with it. I’m looking forward to getting back in the dirt.”

Witten weathered some criticism in his first season with ESPN but kept saying he was committed to improving and sticking with broadcasting.

"We thank Jason for his many contributions to "Monday Night Football" and to ESPN over the past year and wish him continued success," the network said in a statement. "We have seen many former coaches and players go into broadcasting before eventually returning to the game they love, so we understand Jason's desire to return to the Dallas Cowboys. In the coming weeks we will determine our MNF plans for the 2019 season."

Witten, 36, retired with 1,152 career receptions, which ranks fourth in NFL history, behind Jerry Rice, Tony Gonzalez and Larry Fitzgerald. He played 239 career games with the Cowboys – a franchise record.

Witten and Gonzalez are the only NFL tight ends with at least 1,000 catches and 10,000 yards. Gonzalez was voted into the Pro Football Hall of Fame in his first try this year. Witten is postponing consideration of his date with Canton.

The return of Witten gives quarterback Dak Prescott another run with one of his most trusted targets months after the Cowboys won their first playoff game with the 2016 NFL Offensive Rookie of the Year and two-time NFL rushing champion Ezekiel Elliott.