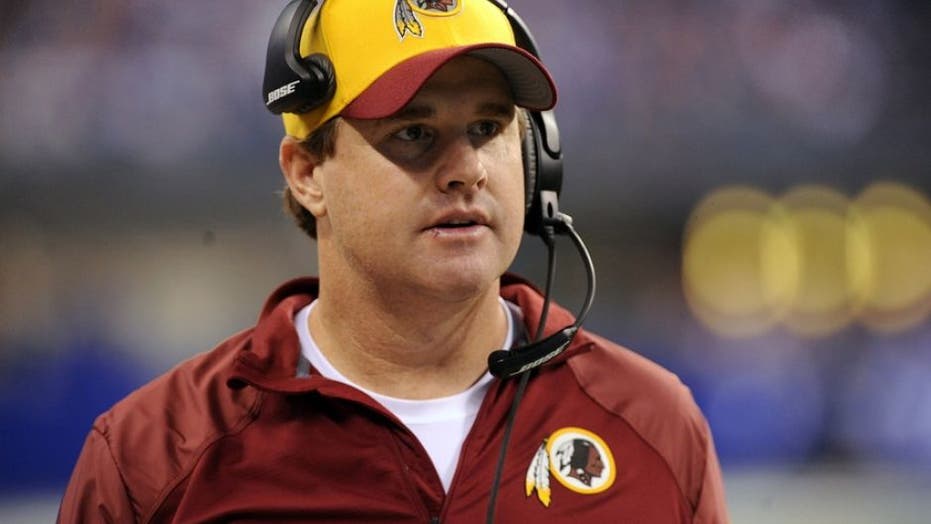 A person familiar with the search says former Washington coach Jay Gruden is close to finalizing a deal to become Jacksonville's offensive coordinator.

The person spoke to The Associated Press on the condition of anonymity Tuesday night because the sides have not agreed to terms. The person said work remains, but a deal is expected Wednesday.

The Redskins fired Gruden in early October following an 0-5 start. Gruden, who previously served as Cincinnati's offensive coordinator (2011-13), was 35-49-1 in five-plus seasons in Washington and reached the playoffs once.

It was clear Marrone was looking for an experienced play-caller to pair with second-year quarterback Gardner Minshew and one of the league's youngest offenses.

It could be a nice landing spot for Gruden, who would have a chance at becoming Jacksonville's interim coach if Marrone doesn't get the team turned around early next season. The Jaguars have lost 20 of their last 28 games.

Owner Shad Khan opted to keep Marrone and general manager Dave Caldwell despite a public outcry for change. Marrone and Caldwell have two years remaining on their contracts, and Khan has made it clear that expectations will be high going into 2020.

It could mean a win-or-else situation for Marrone and his staff. Gruden will replace fired offensive coordinator John DeFilippo, who lasted just one year in Jacksonville.

Gruden will become Jacksonville's fourth play-caller in the last three years. Marrone fired Nathaniel Hackett in the middle of the 2018 season, replacing him with quarterbacks coach Scott Milanovich. Milanovich returned to his position as quarterbacks coach this season and worked alongside DeFilippo, who was hired in part to be reunited with Nick Foles. “Flip” and Foles helped bring Philadelphia a Super Bowl victory in 2018.