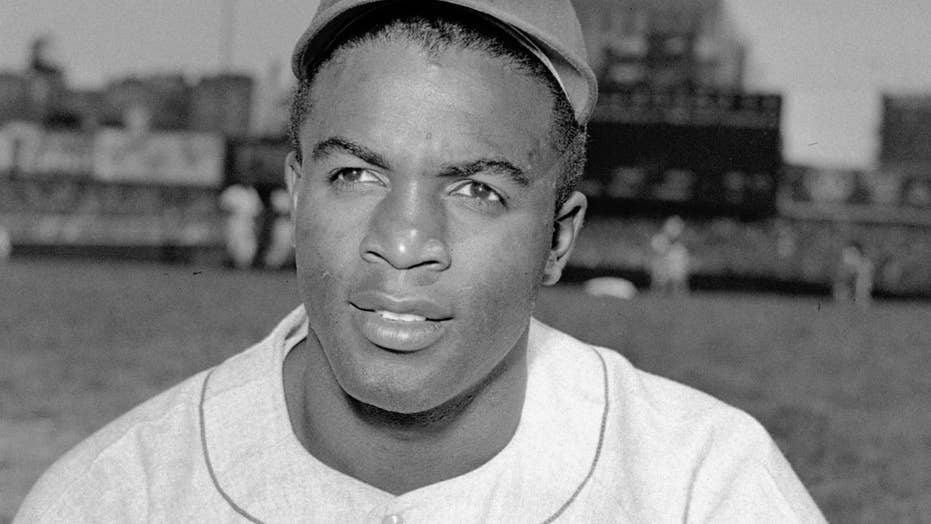 Baseball and American icon Jackie Robinson would have been 100 years old on Thursday, and Major League Baseball -- and New York City -- were planning plenty of centenary celebrations.

Robinson, who became the first African American to play in MLB with the Brooklyn Dodgers in 1947, not only changed sports forever but also helped alter the course of U.S. history.

On Thursday, Robinson will be celebrated with the opening of an exhibit at the Museum of New York City titled, “In the Dugout with Jackie Robinson: An Intimate Portrait of a Baseball Legend.” The exhibit is set to run through Sept. 15.

“The centennial of his birth is an opportunity for MLB to recognize the historical significance of Jackie Robinson and to continue to teach younger people the impact he had on baseball and society,” MLB Commissioner Rob Manfred said.

Additionally, MLB is planning an entire year of events to honor Robinson.

The celebration commences at Dodgers Stadium in Los Angeles where the team is partnering with "Worthy of Love" to host 300 kids who will, among other things, sing "Happy Birthday" to a statue of Robinson. "Worthy of Love" is a charity working with children who experience homelessness. The annual Jackie Robinson Day festivities -- in which every player wears No. 42 -- and a traveling Robinson exhibit are also on tap.

Robinson played 10 seasons in the majors, winning the Rookie of the Year award in 1947 and the National League MVP award in 1949. A six-time All-Star, he helped the previously hapless Brooklyn Dodgers defeat the New York Yankees in the 1955 World Series.

Before his death on Oct. 24, 1972, Robinson made significant contributions to the civil rights movement. He was the first black television analyst in MLB and was the first black vice president of a major corporation – Chock full o’Nuts. He also helped found the Freedom National Bank.

After his death, he was awarded the Congressional Gold Medal and Presidential Medal of Freedom. On April 15, 1997, Robinson’s No. 42 was retired across baseball. Only the players who came into the league with the No. 42 at the time were allowed to keep it. The Yankees’ Mariano Rivera, who was recently the first person unanimously elected to the Baseball Hall of Fame, was the last to wear the number.

“The reason why I wear 24 today. One of the greatest in the game, on and off the field,” he wrote beneath a picture of himself standing in Citi Field's Jackie Robinson Rotunda.