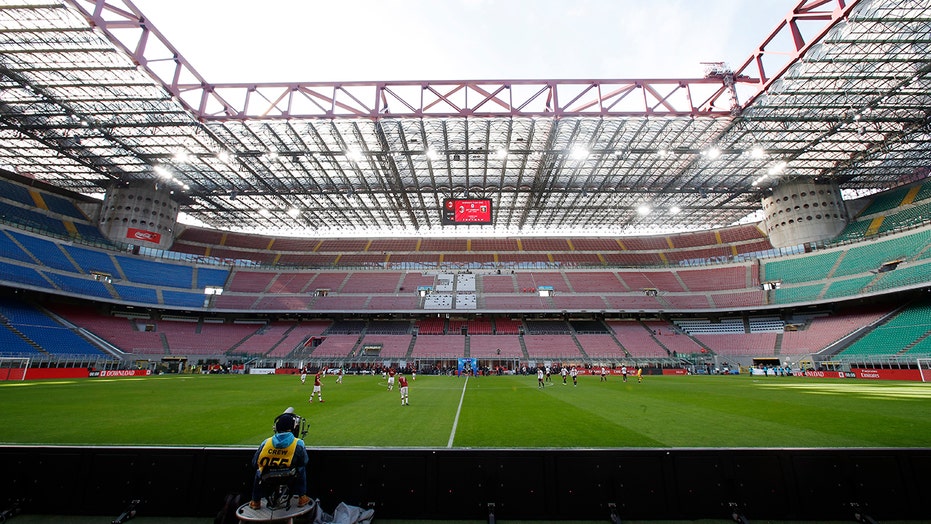 Premier Giuseppe Conte announced Sunday that professional sports teams can resume training on May 18, while individual sports can resume practice on May 4.

The move means that the Serie A league could resume playing games in June — albeit without any fans in the stadiums.

Conte said that starting on Monday, Sports Minister Vincenzo Spadafora “will work intensely with … the soccer system, the professional sports in general, to find a road map that we have already partly defined in terms of the resumption of individual training on May 4 and teams on May 18.

“Then we’ll evaluate if the conditions will allow the leagues that were suspended to be completed,” Conte added.

Serie A has been suspended since March 9, when the government ordered a nationwide lockdown due to the coronavirus emergency.

Italy had the bad luck of being the first Western nation to be slammed by the outbreak, and its official total of 26,600 fatalities lags behind only the U.S. in the global death toll

“Being a big soccer fan like so many Italians, at the start it seemed strange to me that the season could be interrupted and suspended,” Conte said. “But obviously we found ourselves involved in this health, social and economic emergency. And I think everyone, even the most ardent fans, understood that there wasn’t any alternative.”

Twelve rounds remain in Serie A, plus four other games that were postponed from the 25th round. Also, the Italian Cup was suspended after the first leg of the semifinals.

Eight-time defending champion Juventus leads Lazio by one point in the Serie A standings.

At least 15 Serie A players have tested positive for COVID-19. Most of the infected players have recovered, although Atalanta’s reserve goalkeeper Marco Sportiello was still positive as of Wednesday, according to the ANSA news agency.

Sports medicine officials have clashed over a proposed health protocol for soccer players — specifically over the issue where if a player or team official tests positive for the virus, how long — if at all — their teammates should be quarantined.

“There needs to be a gradual return and it requires a rigid protocol,” Spadafora said. “The FIGC (the Italian soccer federation) presented a protocol and the technical-scientific commission said it wasn’t sufficient yet. It needs more analysis and only after that analysis can we say if the season will resume or not.”

Before Conte’s nationally televised speech and news conference, health ministry figures indicated that Italy had seen its lowest day-to-day increase in deaths — 260 — since mid-March, during the first week of lockdown.

Conte said that all sports would resume with the maximum precautions.

“We’re big fans of sports and we want well for all of our idols,” he said. “We certainly don’t want them to get sick.”