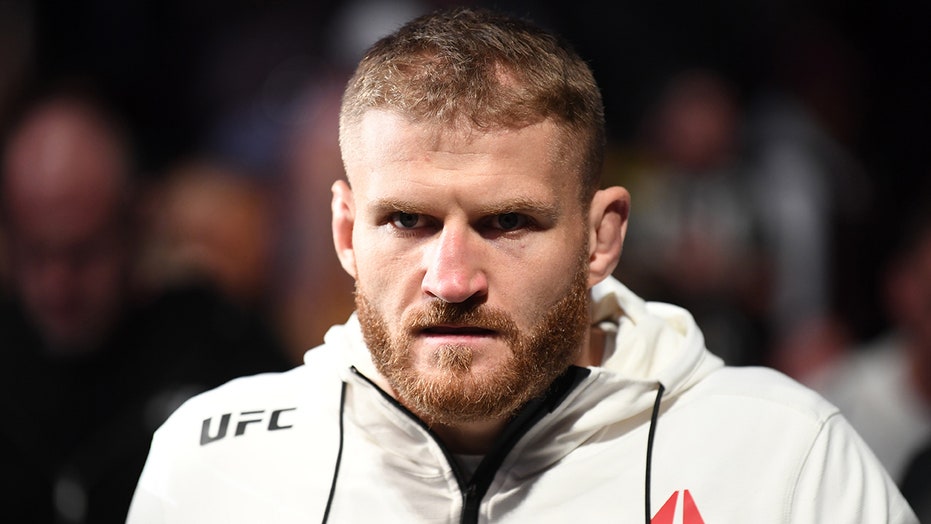 Jan Blachowicz defeated Israel Adesanya via unanimous to retain the light heavyweight title at UFC 259 and handed his opponent the first loss of his MMA career.

It appeared that Adesanya might have had the edge over Blachowicz early in the fight but the Poland native took his opponent to the ground in the last two rounds and controlled the bout toward the end. It was Blachowicz’s first title defense since he defeated Dominik Reyes for the vacant title at UFC 253.

Blachowicz is known as a powerful puncher but had his work cut out for him trying to counter Adesanya’s quick leg kicks. He managed to bring Adesanya to the mat and have at least 5 minutes on that mat between the fourth and fifth rounds.

The 38-year-old vowed that he would knockout Adesanya days before the fight, but it turned out his wrestling moves on the mat were a big part of the difference.

PAULO COSTA PINS LOSS TO ISRAEL ADESANYA ON 'TOO MUCH WINE,' LEG CRAMPS

Blachowicz said he thought Adesanya would have been faster, but instead he was a bit slower but hit harder which he added that he didn’t expect.

Adesanya, UFC’s middleweight champion, came into the fight looking to become the fifth-ever double champ but came up short. Adesanya weighed in several pounds below the limit for his fight, adding some intrigue to see how he could pull off the win. He moved up about 15 pounds to fight Blachowicz.

Blachowicz said that he thinks Glover Teixeira deserved the next fight.