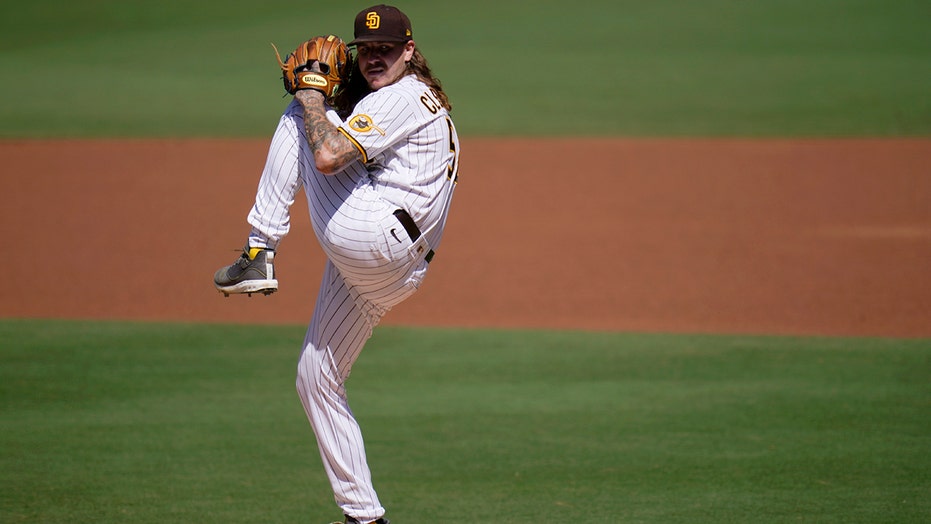 Starting pitchers Mike Clevinger and Dinelson Lamet were left off the San Diego Padres’ 28-man roster for their wild card series against the St. Louis Cardinals due to injuries that forced them out of their final regular-season starts.

The Padres hoped the two would be healthy enough to pitch in the series against the St. Louis Cardinals. Clevinger threw a bullpen session Tuesday and Lamet had thrown on Monday.

Clevinger left after just one inning of his home start against the Angels on Sept. 23 with what was at first described as biceps tightness but later diagnosed as an elbow impingement. He had a cortisone shot on Friday.

Lamet left his start at San Francisco on Friday with biceps tightness.

Clevinger and Lamet were included on the taxi squad, as were left-handed prospects MacKenzie Gore and Ryan Weathers.

Zach Davies is scheduled to start Game 2 on Thursday. If the series goes three games, it will be all hands on deck, general manager A.J. Preller said.