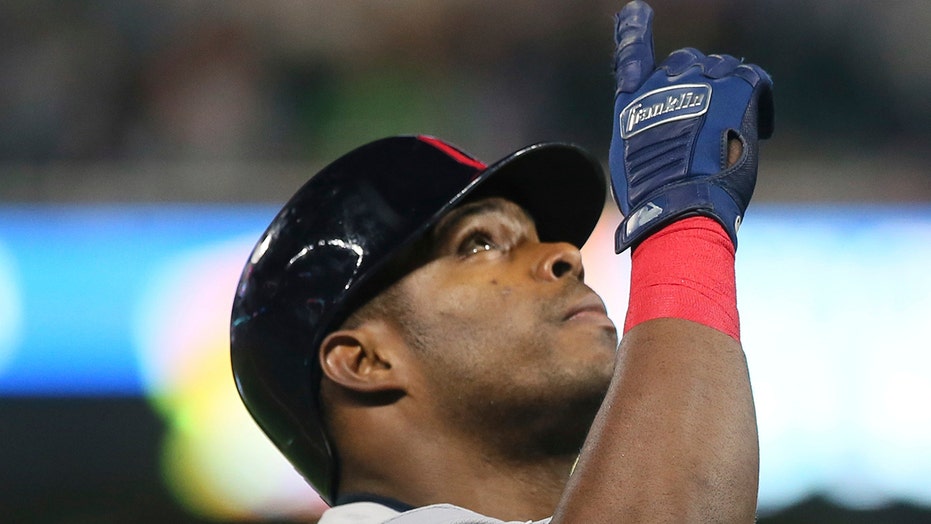 The next time Cleveland Indians star Yasiel Puig steps into the batter's box to compete in America's pastime, he'll take his hacks as an American citizen.

Puig, the wildly athletic, powerful, electrifying and sometimes controversial outfielder, tweeted Wednesday that he is now officially a citizen of the USA.

The Cuban native, who risked his life on several occasions to escape the communist regime and complete a twist-filled, treacherous journey that eventually landed him in the U.S., tweeted a photo of himself with dyed red hair and holding a tiny American flag.

“Thank You God for this great opportunity to be an American citizen,” he wrote in the tweet.

Puig’s journey from Cuba to playing Major League Baseball in the U.S. is a harrowing one detailed in an in-depth piece in Los Angeles Magazine in 2014.

The story describes Puig's multiple attempts to defect to Mexico from Cuba, only completing the risky route with the aid of a violent Mexican gang that finally smuggled him into the country. Puig reportedly had to pay a handler to help him gain residency in Mexico City, which then helped him land a seven-year, $42 million deal with the Los Angeles Dodgers in 2012. He burst on the scene the next season, earning the nickname the "Wild Horse" for his enthusiastic, all-out style of play and finishing second in National League Rookie of the Year voting.

Puig played for the Dodgers for six seasons before he was traded to the Cincinnati Reds before the 2019 season began. The Reds later flipped Puig to the Indians before baseball's trade deadline at the end of July.