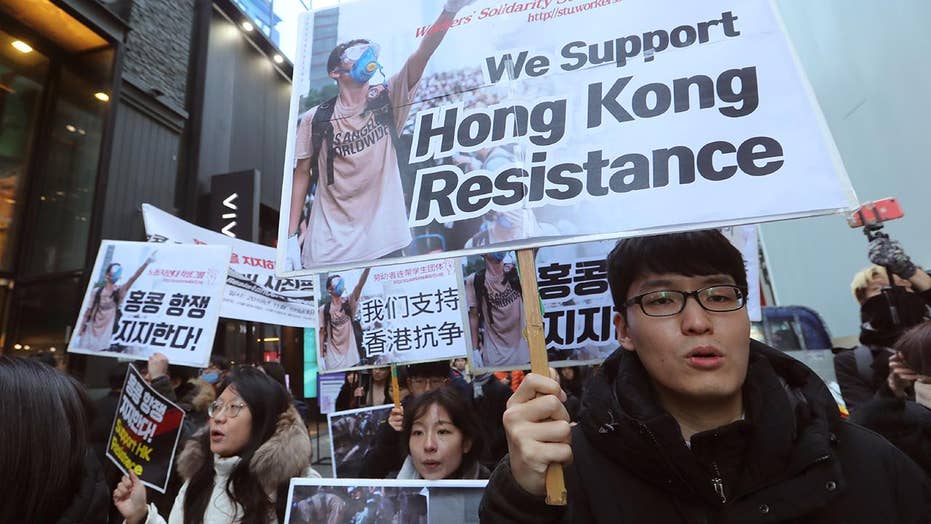 What role should US play in Hong Kong protest movement?

Fox News’ Jonathan Hunt is on the ground with the latest from Hong Kong. Then, former Dick Cheney national security adviser John Hannah gives his insights on the protests and how they are impacting U.S.-China trade negotiations.

The Hong Kong Open golf tournament has been postponed because of violent unrest in the city.

The tournament was scheduled to be held at Hong Kong Golf Club from Nov. 28 to Dec. 1.

A statement posted on the Hong Kong Open’s website said the European Tour made the decision to postpone in conjunction with the tournament’s co-sanctioning partner at the Asian Tour, and that an attempt will be made to reschedule it for early next year.

Unrest has gripped the semi-autonomous Chinese city for more than five months.