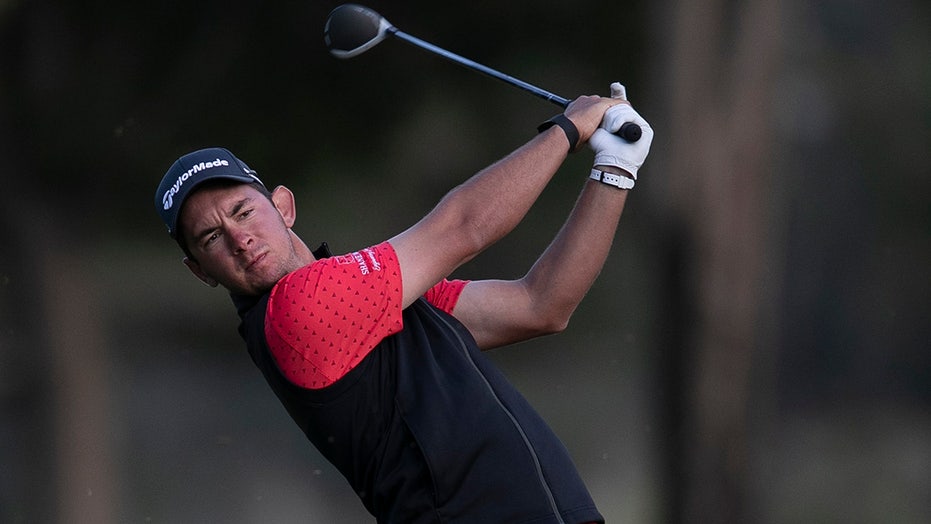 Lucas Herbert marked Australia Day in his native country by capturing his first professional title, beating Christiaan Bezuidenhout of South Africa at the second hole of a playoff to win the Dubai Desert Classic after a wild final round on Sunday.

Herbert rolled in a birdie putt from 2 feet at the 18th on his third trip up the last hole at Emirates Golf Club, after Bezuidenhout failed to get up and down from the back of the green for his own birdie.

Bryson DeChambeau, seeking to retain the title, finished with four straight bogeys to drop out of contention and wound up four shots off the lead after a 76.

Bezuidenhout, who bogeyed the 72nd hole after spinning his approach into the water, had the advantage in the first playoff hole when Herbert pushed his second shot into the water guarding the green.

“Oh my god, that may be the worst shot I’ve ever hit in my life,” Herbert said.

He chipped his fourth shot to inside two feet and made par. Bezuidenhout had layed up with his second shot but couldn’t get up and down, taking the playoff back down the 18th.

Earlier, Swedish player Sebastian Soderberg ran between shots to post the fastest round in European Tour history - just 97 minutes - and shot 3-over 75.