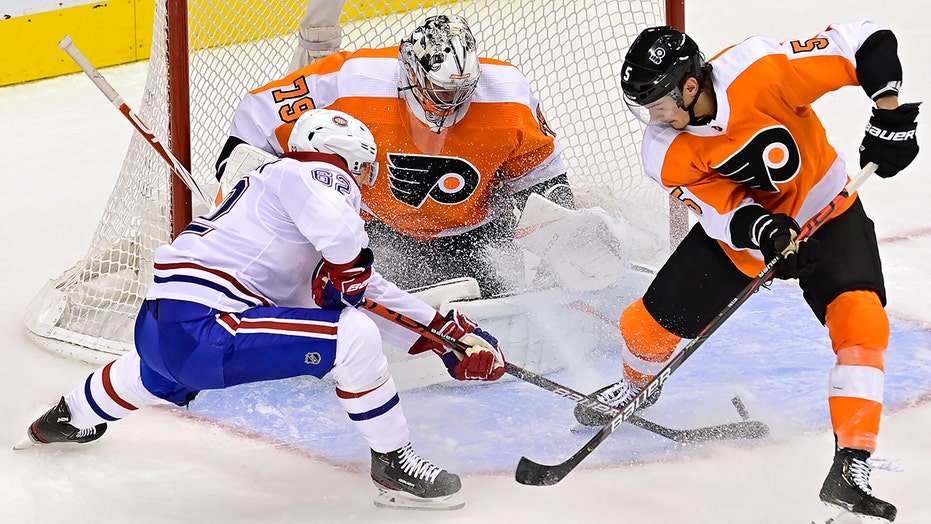 Carter Hart made 27 saves, Joel Farabee scored 16 seconds after Montreal tied it, and the Philadelphia Flyers beat the Canadiens 2-1 on Wednesday night in Game 1 of their first-round playoff series.

Montreal, the final club in the NHL’s 24-team restart, stunned the Pittsburgh Penguins — who had the NHL’s seventh-best record when the schedule was halted because of the COVID-19 pandemic — 3-1 in the best-of-five qualifying round to book a place in the 16-slot playoff bracket.

Philadelphia sat fourth of four teams vying for the No. 1 seed in the Eastern Conference, then beat Boston, Washington and Tampa Bay by a combined 11-3 in the round-robin tournament to grab top spot.

Down 1-0 after a tentative first, the Canadiens showed more life and got even with 5:22 left in the second when their power play, which came in a league-worst 0 for 12 in the postseason, finally connected. Hart stopped Weber’s one-time blast, but the puck popped out of a crowd in front for the Montreal captain to snap it home.

The teams were even for exactly 16 seconds, with Farabee picking up his own rebound deflection.

“They’re an extremely good team,” Canadiens coach Claude Julien said about the Flyers. “I’d like to think that our team is a good enough team to play with these guys.”

Montreal had a late chance with Price on the bench for an extra attacker, but Hart denied Phillip Danault in tight and Suzuki hit the crossbar with under 30 seconds to go.

“We generated a ton,” Suzuki said. “We’ve shown that we can play against the top teams in the league, and this team is definitely one of them.”

Provorov opened the scoring midway through the first with a one-timer from the point.

“The first period was a tough period for us," Julien said. "Whether it was because we hadn’t played in the last four or five days or whether we’re a little nervous and trying to feel our way through, but I thought from the second period on, we really started playing our game. We built some confidence in knowing that we can play with these guys.”

NOTES: Flyers winger Jakub Voracek returned to the lineup after missing the final two round-robin games, and made an immediate impact on a Philadelphia power play that entered 0 for 11 since the restart.